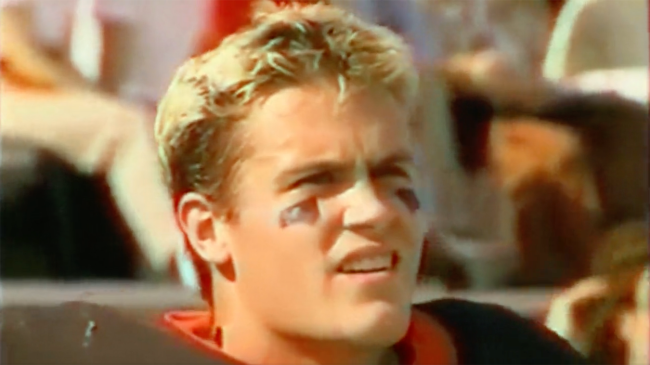 Kyle Brandt is a man who has worn many hats. From his time in the Ivy League, to MTV, to the NFL Network, he has just about done it all.

Today, Brandt sits on the desk of Good Morning Football and hosts 10 Questions With Kyle Brandt on Spotify. During his time on GMFB, a role in which he has served since 2016, the 43-year-old has become known for his constant energy and always being hyped.

In particular, Brandt is most frequently associated with his ‘Angry Runs’ segment. The concept is simple— every week, GMFB compiles the “angriest” runs of the week and the desk votes for the winner.

Of all the people to know about which runs are angry or not, it would be Brandt. Prior to his time with NFL Network, he served as a producer at CBS Sports Network, as an actor on Days of Our Lives and was a cast member on MTV’s The Real World: Chicago.

But none of that gives him the right to comment on angry runs. His football career, however, does.

Brandt graduated in 1997 from Stevenson High School in Lincolnshire, Illinois. While there, he played running back and left the school as the program’s all-time leading rusher.

As a result, he was recruited and eventually committed to continue his football career at Princeton. Brandt went on to spend three years as the starting running back and kick returner with the Tigers and racked up quite a few angry runs of his own.

Princeton football recently threw it back to Kyle Brandt’s college career and compiled his angriest runs in black and orange.

Although the footage is a little bit more limited than it would be if he played today, Brandt’s bruising, downhill running style is on full display. He didn’t run around defenders, he ran through them.

Although Brandt didn’t go on to play in the NFL, his career has worked out just fine. Now he is the ‘Angry Runs’ expert after getting in his fair share of angry runs at Princeton.