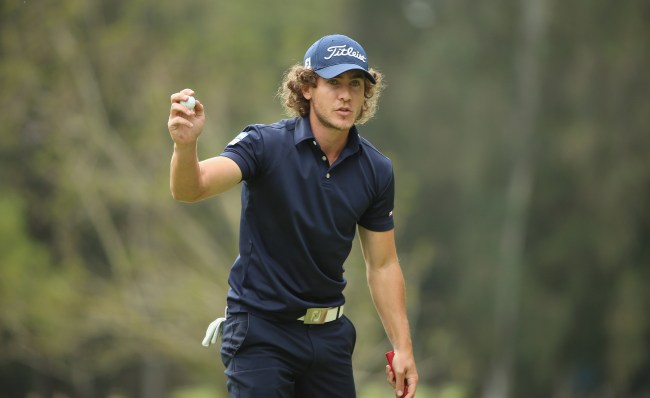 Clement Berardo is making a strong bid for 2019’s coveted “Golfer of the People” award, which is a nice because the 32-year-old Frenchman won’t be winning any trophies for his play.

In the opening round of the Andalucia-Costa del Sol Match Play 9 on Thursday, Berardo was forced into disqualification for something every Tom, Dick, and Jerry does at a public course after sucking down a 12-pack and ripping a pack of cigs.

It’d been a rough round for the 32-year-old Frenchman, who was 10 over par at the time of his disqualification. He began the day with a quadruple-bogey 9 on the first hole, then bogeyed the sixth and eight holes to make the turn in 6-over 41. It got worse from there, after he double-bogeyed the 10th hole and dropped shots on the 14th and 15th. On the par-5 16th, Berardo apparently lost the final ball in his bag and embarrassingly had to head back to the clubhouse.

Ranked 1,909th in the world, Berardo had missed his last four cuts on the European Tour’s developmental circuit.

Keep your head up, Clement. Tiger Woods was on the verge of DQ in the 2000 U.S. Open at Pebble Beach for running out of balls. The result: the largest margin of victory (15 strokes) in major-championship history: no three-putts, no bogeys in the final round, and the first player to finish double digits under par in a U.S. Open.

Next time, Clement. Next time.