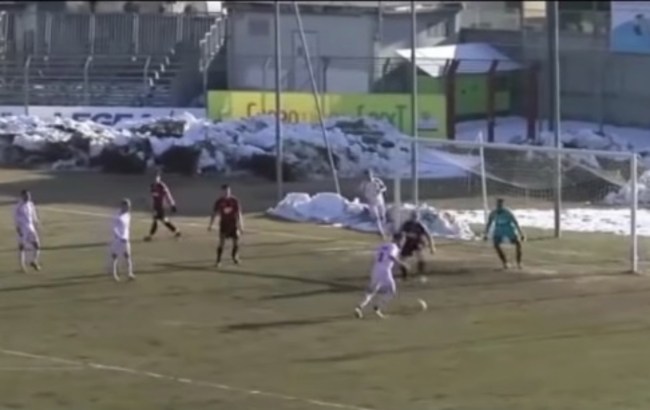 A.S. Pro Piacenza 1919, better known simply as Pro Piacenza, has fallen on tough times. The pro soccer team plays in Italy’s Serie C which is their third division and the club has slipped into extreme financial disarray.

It has gotten so bad that the first squad hadn’t been paid for months so they went on strike with the manager (who also hadn’t been paid). What was left of the team after the strike was a handful of up-and-coming teenage players and some random staff members.

According to For The Win, Pro Piacenza had forfeited three games in a row and if they forfeited a fourth game the team was going to get kicked out of Serie C. Instead of getting expelled, they cobbled together a group of teenagers and staff members to suit up for the game. What happened next was a total shit show.

The team was only able to finish with 7 players. The uniforms manager had to suit up himself and he played for a solid 60 minutes before exiting the game with an injury. Pro Piacenza lost 20-0 in one of the most lopsided professional soccer games in history. Here are some quick video highlights of that absolute shit show:

This week in Italian football: Cuneo on their way to a 20-0 win over Pro Piacenza, who started with seven players – all teenagers – one of which is acting player-manager pic.twitter.com/pgumJUU9Hz

Three players walked away with hat tricks. Two of those players scored a combined 11 goals.

Only 7 players, all teenagers, one of whom is usually tasked with washing the uniforms. I’m not entirely shocked that the game ended 20-0 but at the same time I am because it seems like they could and should have just parked all of those players in front of the net and played non-stop defense for the entire game instead of ever making a play to get the ball.

If you’re the other team, how do you approach a game like this? Is it just a glorified practice where you can run routine plays for 90 minutes without ever worrying about the score? Or do you go out there and try to score nonstop because you want to juice your goal differential stats?

For The Win says that Pro Piacenza is technically allowed to continue competing in Serie C as long as they don’t forfeit the 4th game but the league’s commissioners are expected to meet and intervene because they don’t want this national embarrassment to continue.