Pro Poker Players Discuss Their Most Stressful, Shocking, And Memorable Hands Of All Time 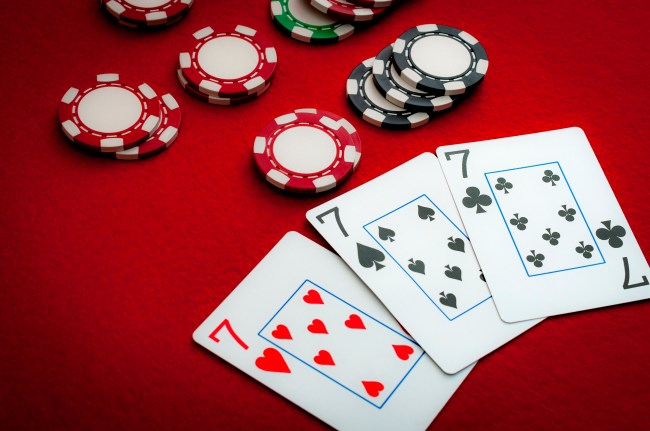 When the ‘Poker Boom’ of the mid 2000’s hit and ESPN was airing around-the-clock World Series of Poker events we were all hooked. Getting to look at the player’s hole cards was a game changer. Suddenly, everyone had insight into what makes these pro players tick. We could see if it was the player playing his cards or his opponent. ESPN only shows the pivotal hands and not the 500+ hands in between where the back-and-forth posturing can actually increase a chip stack by a lot, but we were able to really feel like we were part of the game.

With the WSOP underway, The New Yorker put together this video with some professional poker players who take us through their most memorable hands. The most regrettable, stressful, and shocking hands they’ve played throughout their careers. And while we don’t get to see the action unfold in real-time like we do on ESPN, this is a great way to get into the mind of a pro poker player and see their thought process unfold throughout the course of a hand:

As I mentioned above, the World Series of Poker Main Event is currently underway in Las Vegas and once again, I’m filled with FOMO for not being there. I’ve never played in the WSOP or many live tournaments for that matter. At my peak, I was primarily a multi-table sit-and-go player who would play between 5-10 games at a time for 24-48 hours straight. I’d go up, and then never know when to walk away from the tables because I was continuing to win. Sleep deprivation would kick in and suddenly I’d be right back where I started with the same bankroll I had 36 hours earlier….Poker’s the best, isn’t it?

I guess I’m just sort of ranting here, but I really do plan on playing in the WSOP at some point in the next couple of years. I’ve got some honing to do on my game between now and then but that’s nothing that can’t be accomplished by playing in a few tournaments leading up to it. Just like training for a marathon, right?