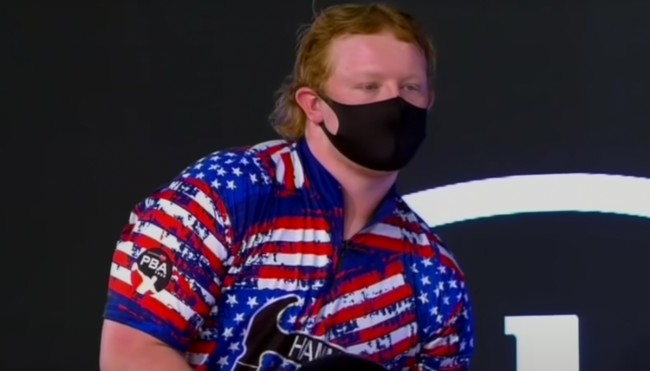 Last month, bowling legend Pete Weber rolled his last frame as a professional to mark the end of a truly glorious era. He walked away from the game with a legacy defined by the many wins and accolades he managed to rack up as well as the famously fiery personality that produced one of the most electric moments in the history of televised sports.

As a result, the world of professional bowling found itself with a void that’s just waiting to be filled. As someone whose knowledge of the sport is almost exclusively derived from the matches I tuned into on ESPN2 when I have no better ideas about how to spend a Saturday afternoon, I can’t say I have enough knowledge to confidently state who that person may be.

However, based on a clip that popped up on my timeline, it seems like Anthony Neuer has plenty of potential to be a worthy successor to the vacated throne.

On Sunday, the 18-year-old was in a sizeable hole during the semifinals of the U.S. Open, and it appeared his deficit was going to get a bit larger after he found himself facing a dreaded 7-10 split. You don’t have to possess a trove of bowling knowledge to know the odds of converting a spare in that situation are pretty low, but I had no idea just how rare it was until announcers informed viewers that only three pros in PBA history have managed to do so during a televised event.

Thankfully, Neuer harnessed the power of his incredible ginger mullet and spectacular American flag shirt to become the first bowler to do exactly that in 30 years—and the announcers celebrated the feat accordingly by treating us to an instant classic clip.