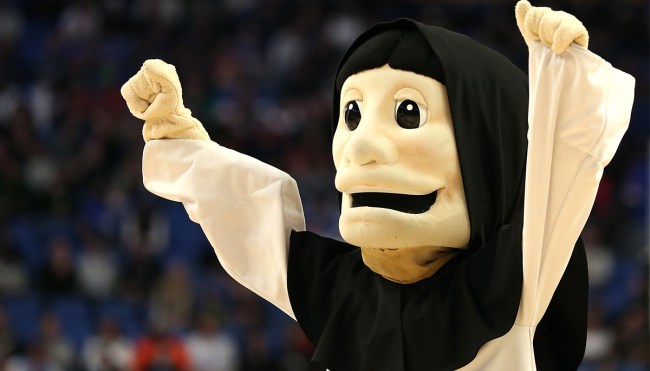 Providence’s men’s basketball team headed into the NCAA Tournament with a huge chip on their shoulder courtesy of the many people who were convinced South Dakota State was a virtual lock to pull off the first-round upset over the fourth-seeded Friars.

It’s fairly easy to understand why that was the case: Providence was statistically the “luckiest” team in the country this year based on how many close victories ended up going their way. However, the school that boasts the most terrifying mascot college basketball has to offer has done what it can to rewrite that narrative with the two decisive victories that allowed it to punch its ticket to the Sweet 16.

Friday’s contest against Kansas will give Ed Cooley and his squad the chance to get some sweet revenge on one of the blue-blood programs the school’s head coach recently called out for ducking games in the city the Friars call home. It’s safe to say they’ll be fighting an uphill battle against the top-seeded Jayhawks, but they’ll also have some supporters in attendance in Chicago who were able to make the trip courtesy of none other than Robert Kraft.

According to ESPN, the New England Patriots owner offered up the use of the team’s private plane to Providence, and on Thursday, a number of fans, family members, and staffers took off from T.F. Green airport en route to watch the Friars compete in the Sweet 16 for the first time in 25 years (the team itself flew out on a smaller charter).