A Washington City Has Declared A State Of Emergency Due To… College GameDay? 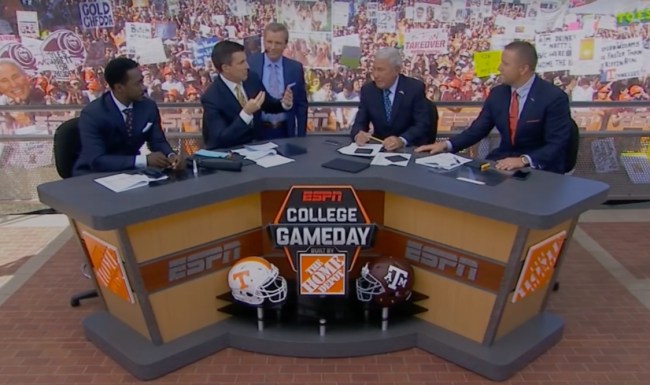 College GameDay is to college football what The Masters is to golf: a tradition unlike any other.

For years, students have been getting up at an ungodly hour, filling water bottles with vodka, and lugging their signs across campus in the hopes of getting a brief moment in the spotlight and seeing Lee Corso put on a funny hat. 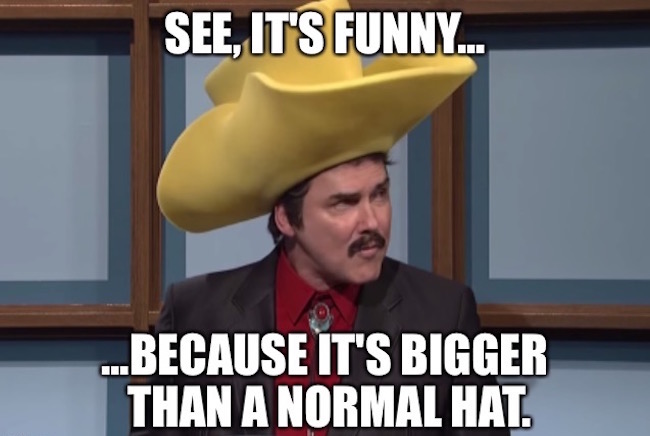 I remember when I got the chance to go to College GameDay when it came to my school— a chance I ultimately passed up because there was no way I was getting up at 6 AM on a Saturday even if it meant getting free Home Depot swag.

Some students never get the chance to experience College GameDay, so if it happens to come to your campus, it’s about as big of a deal as Ron Burgundy.

This week, the crew will travel to Washington State (who will be facing off against Oregon), which is an especially big deal if you’re familiar with the flag that has appeared amidst the sea of signs for 15 straight years regardless of the location of the show.

It’s safe to say Washington State fans are pretty hyped— but the city itself doesn’t seem to be as excited.

According to Pullman Radio, Pullman has decided to declare a state of emergency after Washington State realized they had nowhere near enough buses to shuttle people around from location to location on Saturday:

WSU officials asked the city for some buses after being unable to find private bus services to accommodate the massive crowd.

Longtime Gameday producer and program “historian” Chris “The Bear” Fallica says causing an emergency declaration is a first for the show.

I guess the craziest part of this story isn’t the emergency declaration but the fact that College GameDay has its own historian.

Who would’ve thunk it?