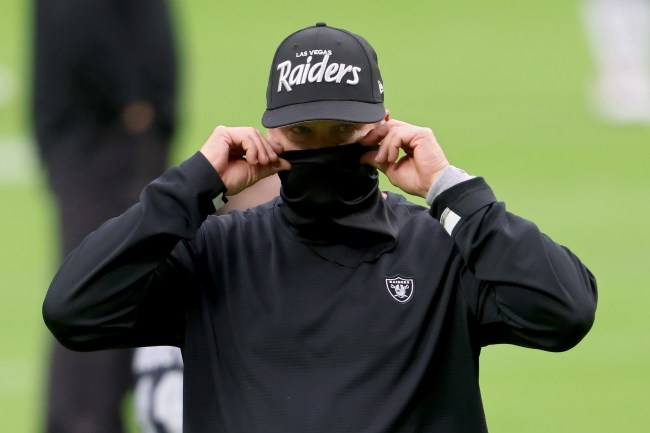 As you’d expect from a team stationed in Las Vegas, the Raiders seem almost willing to catch a disease, and the NFL has officially had enough.

According to ESPN, the Raiders have been fined $500,000, stripped of a sixth-round pick in the 2021 draft, and Jon Gruden has been fined an additional $150,000 for what one source described to ESPN as “brazen and repeated violations of [COVID-19] protocols.”

This came after the Raiders had already been docked $250,000 and Gruden $100,000 for his not wearing a mask properly during the team’s Week 2 home opener, and the team was fined an additional $50,000 for allowing a non-credentialed employee access to the locker room following that game.

Also, tight end Darren Waller was fined $30,000 and nine teammates, including quarterback Derek Carr, were dinged $15,000 each for appearing Oct. 5 at a Waller Foundation charity event maskless and mixing with the crowd.

From @GMFB: The #Raiders got hit with their most severe round of penalties late last night for COVID-19 violations, running their total of fines to $1.2M. pic.twitter.com/dEW798UU81

All-in-all, the Raiders racked up $1.185 million in fines for breaking COVID protocols, dwarfing every other team in the league.

Imagine the Raiders missing out on the next Tom Brady or Terrell Davis or Antonio Brown or other 6th round steal because Gruden treated the pandemic like a hang nail.

Don’t cry for Jon Gruden and his $100 million deal.