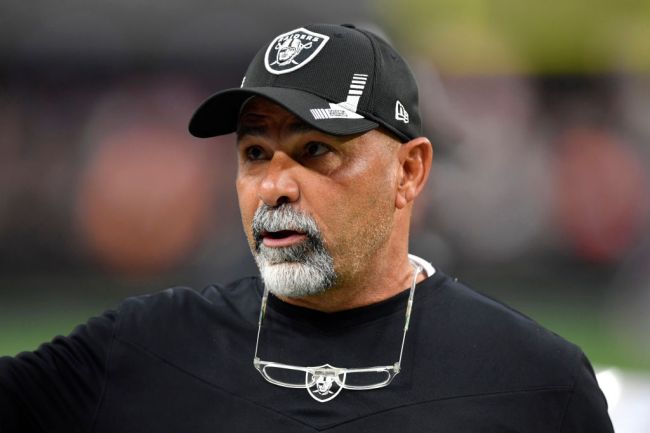 With Jon Gruden out as the head coach of the Las Vegas Raiders the franchise decided to tap 61-year-old Rich Bisaccia to take over as the interim head coach.

It’s safe to say Bisaccia is proud to take over the reins in Vegas based on his reaction during his Wednesday press conference.

Bisaccia was asked by a reporter to basically reflect on his career path to get to this point and he immediately started to talk about his family, specifically his dad who was at one point the head coach of the New York Giants.

Then, when the words “to have the opportunity to be the head coach of the Las Vegas Raiders” left his mouth is when the waterworks started.

When you look at Bisaccia’s coaching resume, it’s clear that the Raiders went with one of the most experienced coaches in all of football.

Bisaccia has been coaching at some level for nearly 40 years. His first gig came at Wayne State where he was a defensive back and special teams coach. Since then, he’s made stops at South Carolina, Clemson, and Ole Miss before making the jump to the NFL where he’s been on staff for the Buccaneers, Chargers, Cowboys, and the Raiders wince 2018.

For the most part, social media appreciated Bisaccia’s honest and raw comments about the situation.

I dig this guy. Hope he does well, he’s earned it.