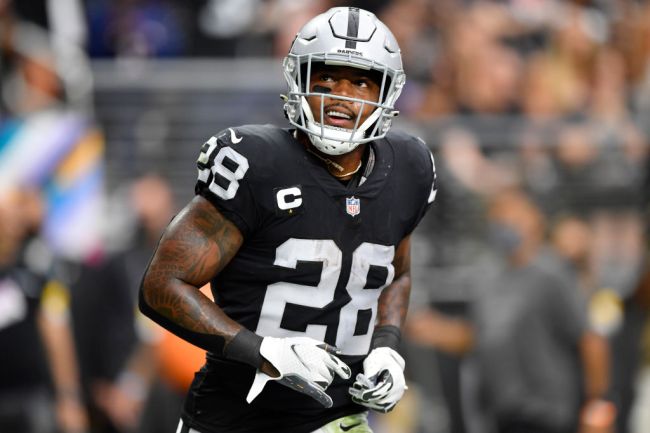 The Las Vegas Raiders won their first game following Jon Gruden’s resignation as head coach, 34-24 over the Denver Broncos. According to running back Josh Jacobs, it was his absence that may have helped the team earn the win and snap their two-game losing streak.

It wasn’t necessarily a change in-game plan or scheme, but instead, it was the way the sideline felt without Gruden on it that made a difference, according to the former first-round draft pick.

“Man, the sideline … it was like (there was no) anxiety,” Jacobs said, according to the Las Vegas Review-Journal. “It was weird, was like everybody was calm. You didn’t have somebody cussing at you, or going crazy at the refs. None of that.”

Raiders Motivated Each Other Without Gruden’s Presence

Not having that worry in the back of your mind of Gruden screaming at you would make life easier for any player. It also freed up the Raiders to move onto the next play and motivate each other, instead of getting cursed out by the now-former head coach.

“It was like, ‘OK, not going to harp on it, next play.’ The guys all kind of motivated each other,” Jacobs explained. “You saw a lot of defensive guys standing up and offensive guys jumping off the bench when the defense made plays. I was like, that’s the right type of energy that we needed. I loved it.”

Based on Jacobs’ comments, the energy on the Raiders’ sideline wasn’t where it needed to be, and that has nothing to do with the leaked emails that resulted in Gruden losing his job. It sounds like Jacobs didn’t enjoy playing for Gruden, and now, he doesn’t have to.