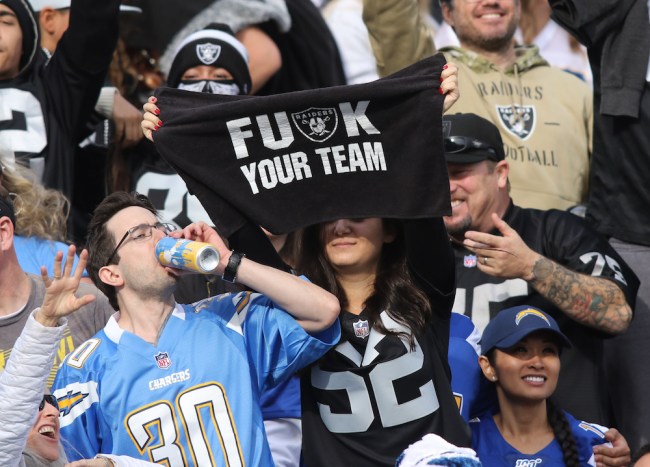 The look of those games is still up in the air but the season will – most likely – go on as scheduled.

Fans are optimistic about being allowed inside stadiums to watch and NFL secondary ticket sales are strong.

There are signs of “pent up” demand for NFL games, according to TicketiQ founder Jesse Lawrence.

TicketiQ.com is a national ticket brokering search engine, connecting buyers and sellers directly and offers a low price guarantee on every event.

Lawrence told Yahoo! Sports that the league-wide average of tickets is $391 per seat, compared to $258 last season. The number could go down slightly once all NFL teams release their primary bundle of tickets to fans.

Ten franchises have yet to have their wide release.

Initial data from TicketiQ is showing the first wave of NFL ticket-selling trends in 2020 and, so far, Las Vegas is the hot spot for NFL fans this year.

The Raiders’ new $1.8 billion stadium is just one of the many reasons for the uptick in ticket sales and Las Vegas is the only NFL team to have completely sold out their home games for 2020.

The Buccaneers are another hot seller – adding Tom Brady and Rob Gronkowski will have that effect on fans – but Brady’s exit from the Patriots is also affecting their ticket sales.

Buccaneers tickets jumped 135 percent over 2019, making Tampa Bay the sixth priciest ticket on the secondary market at $485 per seat.

“Not only has Brady created a void of buyers in New England’s reselling market, he has spurred a deep well of demand for tickets in Tampa Bay.

That’s not to say the Patriots have been a complete bust — New England is 12th in the NFL in average ticket resale prices in the early going, with seats running an average of $433 per game.

But with the Patriots yet to have their primary ticket release, that 12th overall slot is being artificially supported by a lack of inventory available on the secondary market.

When the team releases more tickets to the public, New England’s slot could slump considerably.”

Here are some other interesting notes from TicketiQ’s data:

And finally, the team with the lowest ticket demands in the NFL is the Buffalo Bills.

The average secondary price for Bills tickets is $179.

As Yahoo Sports points out, the Bills will be in playoff contention and could win the AFC East from the now Brady-less Patriots.