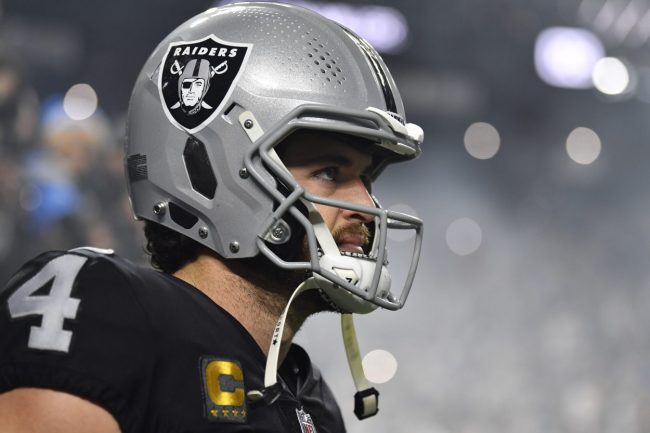 After last weekend’s game against Los Angeles, a video went viral of Derek Carr running out of the tunnel. Shot from a unique angle that required trying something new and creative, it could not have been more awesome.

Prior to the win-and-in, playoff-deciding matchup, that should have resulted in a tie, Raiders videographer, editor and producer Connor Young followed Carr onto the field. The resulting video is super high-quality and extremely crispy.

Unlike the other viral video that was posted first, Young took the more traditional approach. He stood closely behind Carr as he ran onto the field in front of a loud, sold-out crowd and stayed on him until he got all the way through the run out.

If not for his counterpart’s awesome angle, it would be the shot of the year. Now it is up for debate between the two.

Either way, Young’s shot is mesmerizing. Take a look:

Although Young didn’t share what camera he used, it is not cheap. But the investment paid off, because that shot alone is Hall of Fame worthy.

Perhaps the most impressive part of the two shots is that neither camera man got in the way of the other’s shot. Both of them were able to get really sick video without ruining either. The only person who caused any problems was the NFL’s own camera man who got in both of their shots.