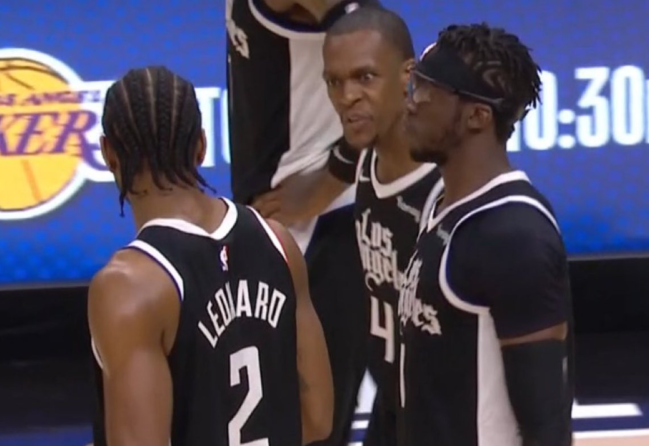 With 6 seconds remaining in the 4th and the Clippers down 103-100, Kawhi Leonard launched what can best be described as a Bad Shot, hurling a well contested three into the atmosphere and hitting nothing but hardwood on the way down.

The miss proved to be the last gasp for the Clippers in Game 5, losing 105-100 at home and inching within one game of vacation.

The gravity of the ill-advised airball was not lost on veteran point guard Rajon Rondo, who ascended the basketball hierarchy and delivered a death star directly in the face of his 2x NBA champion teammate.

It warrants mentioning that Rondo was 0-6 from the field with 1 point in 21 minutes.

Let me repeat that.

In the previous two games, Rondo combined for just 13 points in 46 minutes.

Rondo's reaction after this Kawhi shot to tie the game 👀 pic.twitter.com/yqLF8hW1P9

Rondo, who’s played alongside alphas like Kevin Garnett and LeBron James, has proven throughout his career that he’s not a Ra-Ra guy and isn’t afraid to lay into more prominent players. Just ask Ray Allen.

Wednesday’s nationally-televised death stare was not lost on NBA Twitter, who created art from the exchange.

Rondo looking at Kawhi after that shot pic.twitter.com/y3AXozobKO

Rondo to Kawhi after that final shot pic.twitter.com/Ghta7LmBC1

rajon rondo to kawhi in the locker room pic.twitter.com/w33gxJtzN3

The NBA is the gift that keeps on giving. Stay petty, Rondo. You beautiful prince.