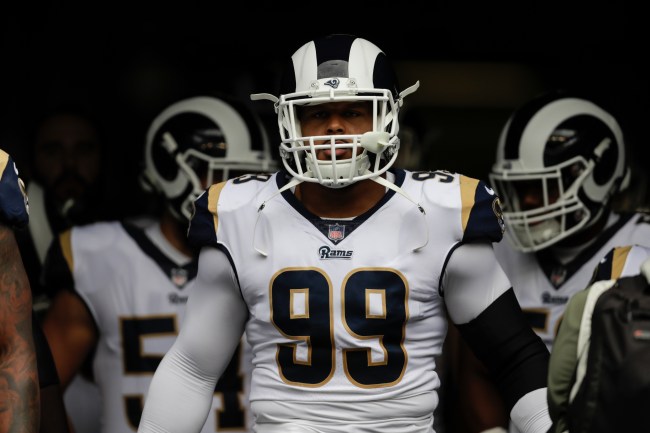 Rams defensive end Aaron Donald is an absolute freak of nature and is poised to give the New England Patriots problems during the Super Bowl.

Before this weekend’s big game, Pats coach Bill Belichick admitted to the media that Donald is “pretty much unblockable”.

Via The Rams Wire

The New England Patriots are well aware of the talent Donald possesses and even Bill Belichick paid him some high praise in typical Bill Belichick fashion. The Patriots coach was asked what stands out about Donald, to which he said this.

One of the main reasons Donald is “unblockable” is because of his insane physique. Just look how scary Donald looks in this Instagram selfie he posted yesterday.

Aaron Donald could snap his fingers and half of humanity would cease to exist pic.twitter.com/RUXOfdc9cw

A reminder that Aaron Donald is a freak of nature.

This isn't how an NFL Defensive Tackle is supposed to look like. pic.twitter.com/A5VlJgBzeA

If I were Brady I’d be pretty damn worried right about now.