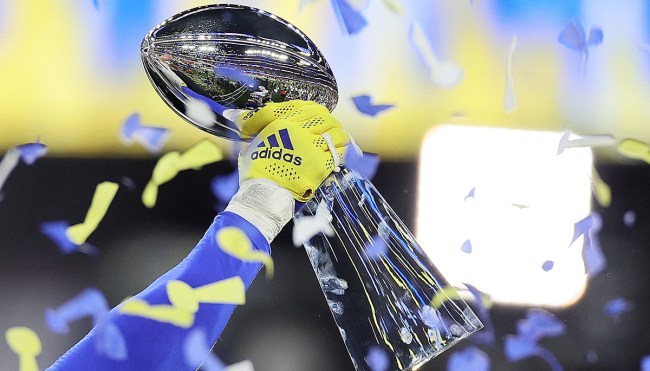 After the Green Bay Packers won the inaugural Super Bowl in 1966, the franchise opted to celebrate the occasion by handing out some relatively modest rings made of 14K gold that featured a single diamond in the center.

It’s safe to say those commemorative pieces of bling have come a long way since then; the rings that were awarded to members of the Buccaneers following their victory last year each boasted 319 diamonds (a nod to their 31-9 win over the Chiefs) in addition to a removable top that unveiled a miniature version of Raymond James Stadium.

As a result, the Los Angeles Rams had one hell of an act to follow after beating the Bengals in Super Bowl LVI back in February. However, I’d argue they were able to outdo Tampa Bay based on the absolutely wild rings that were unveiled on Thursday night.

Players, coaches, and other integral members of the franchise gathered in L.A. for a ceremony where they received the rings that supposedly feature more “carat weight” than any other championship ring any sports team has given out thanks to the 20 carats of white and gold diamonds embedded into each one.

Inspired by LA. For LA. pic.twitter.com/BZwmrooaJa

The Rams also included some hidden details and (as far as I’m concerned) managed to one-up the Bucs with a removable top of their own (which features a piece cut from a game ball from Super Bowl LVI) that obscures a model of SoFi Stadium featuring actual pieces of turf from their home field.

If videos from the event are any indication, Aaron Donald, Cooper Kupp, and Jalen Ramsey (among others) were all massive fans of the equally massive jewelry.