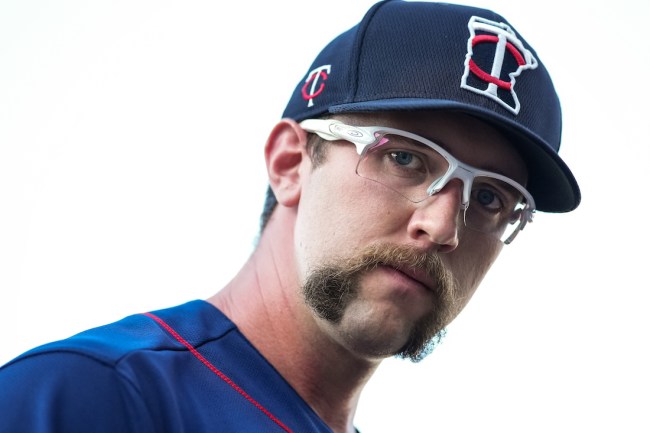 Randy Dobnak, a starting pitcher for the Minnesota Twins, has to feel like all of his hard work has finally paid off. It’s easy to feel that way after the team signed him to a five-year extension worth $9.25 million, which could max out at $29.75 million if the pitcher hits certain options and incentives, but his journey to get there has been… a struggle.

Right-hander Randy Dobnak and the Minnesota Twins are in agreement on a five-year, $9.25 million contract extension with three club options, sources familiar with the deal tell ESPN. The deal can max out at $29.75 million with the options and can grow with escalators.

Sure, Dobnak is a very rich man today after producing back-to-back solid seasons for the Twins the past couple years, but he wasn’t always counting his millions. In fact, when the pitcher was in the minor leagues in 2017, he needed to get creative in order to earn money, and actually decided to drive for Lyft and Uber to make extra cash. But the dude was still lending rides to strangers as recently as March of 2019, and, just seven months later, started in the MLB Playoffs for the Twins.

October 2019: Randy Dobnak starts Game 2 of the ALDS for the Twins at Yankee Stadium.

That’s awesome enough — because not many pro athletes would swallow their own pride to hustle like that — but it’s even cooler to hear that Randy Dobnak has now officially “made it” with his new contract extension. Now, don’t get me wrong, working hard and hustling to make ends meet should be the mentality we all have if we want to be successful, but, unfortunately, so few of us actually roll up our sleeves and do it, and just sort of wish we get lucky. That’s not how Dobnak seems to approach his own life, though.

You just know Dobnak has some wild stories about his time driving for Uber, and, no doubt, had to take home the drunk jackass who nearly barfed in his car. Regardless, the pitcher sure seemed proud to boast about his driver rating with the service, telling MLB.com in 2019 that he had a near-perfect 5-star rating on the app.

“I have all five stars except for one,” Dobnak said. “I have one four-star. I’m hoping it was a mistake. I don’t remember doing anything bad. … I wish I knew. I wish I could find that person and just ask them why.”

After going undrafted out Alderson Broaddus University in West Virginia, Randy Dobnak signed his first baseball contract for a minuscule $500 (no joke). He then navigated his way up through the ranks in the Minnesota Twins’ farm system, and, eventually, found his way to the majors — where he’s been for the past two years.

Who knows what the future holds for Dobnak, but, even if you’re a fan of an opposing team, it’s easy to root for a guy like him. Now he can sit back and only focus on pitching after the mega-extension he got from the Twins, and (presumably) retire from driving for Uber or Lyft with his near-perfect rating.