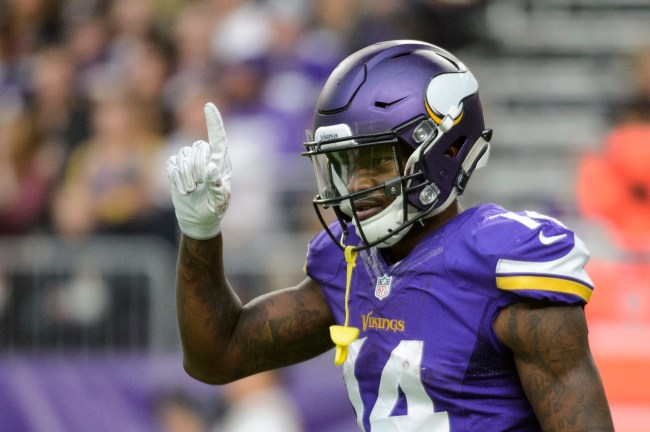 Stefon Diggs was just an admiring snot-nosed kid when Randy Moss started terrorizing defenses. Diggs was just 12 when Moss famously mooned the Lambeau Field crowd after scoring a touchdown in a Vikings wild card playoff win over the Packers, and like most of us, thought Moss was the coolest motherfucker on the planet.

Fast forward a decade, Diggs trails only Moss for the most receptions in franchise history in a player’s first two NFL seasons. That doesn’t negate the 23-year-old from being a total fanboy.

“Just paying tribute, paying respect, he’s coming back, so I wanted to give my respect to him,” Diggs said. “Hopefully I get to see him.”

The U-Maryland alum is doing his best to capture his idol’s attention by wearing these sizzling custom cleats for tonight’s game against the Saints. 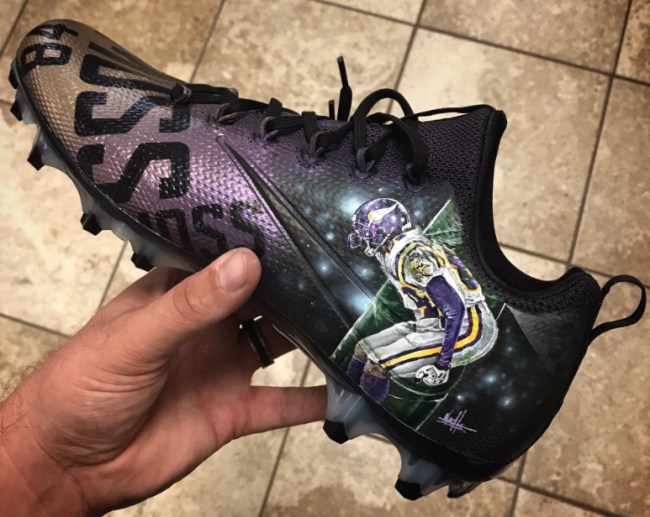 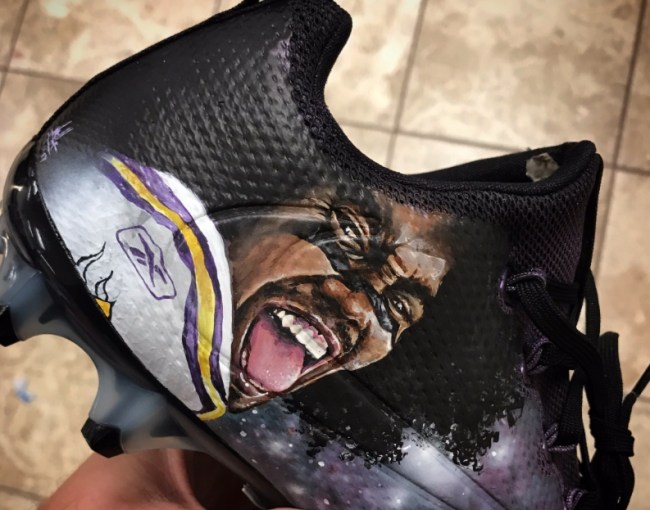 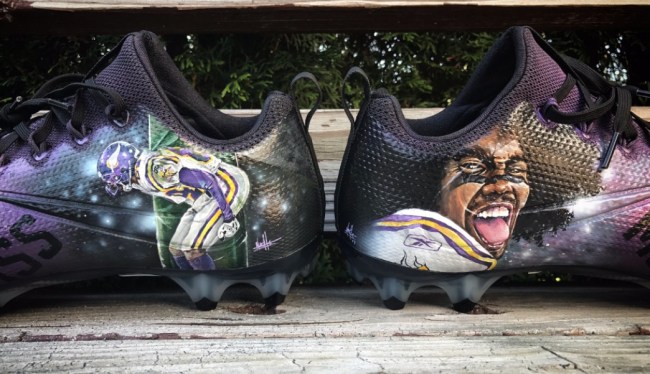 Fellow Vikings wide receiver Adam Thielen grew up in Minnesota and claims that Moss was one of the players that inspired him to play ball. And for that, he too will be honoring Moss with these babies. 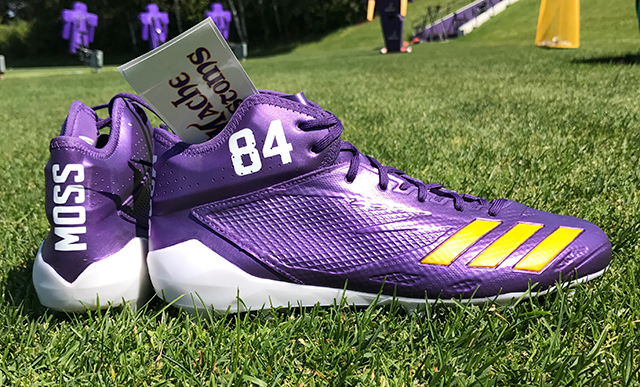 Randy copped some customs too?! SHEEEEET.