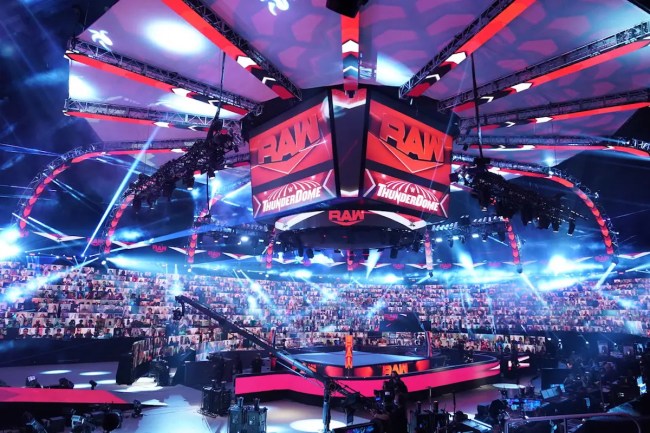 Wrestling entrance music can make or break a performer.

In some instances, an entrance song gets over with fans even when the performer can’t connect with the crowd.

Think about how awesome Gangrel’s theme music was during the Attitude Era. Bobby Roode never really connected with fans on the main roster the way he did in NXT, but his entrance theme kicks ass, especially when performed live.

Jim Johnston is the man responsible for hundreds of iconic WWE theme songs. Johnston wrote and produced entrance music for stars like The Undertaker, The Rock, “Stone Cold” Steve Austin, and Vince McMahon. In the world of professional wrestling, the composer is all four of The Beatles combined.

Johnston worked with WWE for over 30 years before he was released from his contract in 2017.

Even though Johnston had a string of hits for the company, that doesn’t always mean WWE stars love their theme music. In a recent interview with Lucha Libre Online, Johnston explained how he’d heard from other people that Randy Orton actually hated his now-iconic entrance theme, “Voices.”

“I never spoke to him directly. But Randy Orton apparently hated his theme.

I don’t know if he still does. I don’t even know why, but apparently that was true.

I never spoke with him about it.”

Orton himself has never publicly said anything about liking or disliking the song, but he’s used “Voices” as his theme for over a decade now. One would assume if Orton really didn’t care for the song, he would have enough pull in the company to get it changed by now.

On the flip side, the song is now iconic and synonymous with Orton, and the company might not want “The Viper” to change the song.