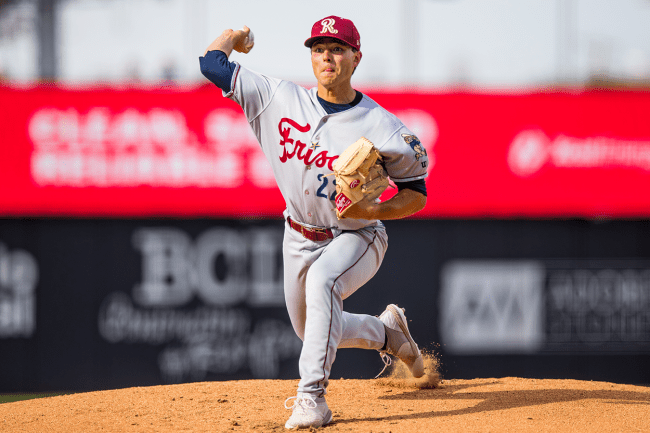 Jack Leiter is the future of the Texas Rangers. He comes with high expectations, but his floor is higher than most pitchers’ ceilings.

Throughout spring training, the 22-year-old couldn’t stop nasty cheddar. Since then, Leiter has struggled with command, but has shown flashes of greatness in Double A ball.

His breaking pitch is so nasty that you will vomit just watching, and his heater is so vicious that it should be labeled NSFW.

Because of his inevitable ace-ness (go with it), Rangers fans hang on every pitch that Leiter throws. Except when he isn’t throwing. Then they freak out.

On Wednesday morning, Texas announced that Leiter will be skipping his next start. He has some minor arm fatigue that “should” be resolved with some rest over the course of the next week or so. It seems like there is no reason to worry.

“Our level of concern is very low,” president of baseball operations Jon Daniels said to Kennedi Landry of MLB.com.

Daniels even went so far as to compare the rest to when Leiter skipped a start while at Vanderbilt and came back even better and stronger.

However, the PR release that was sent out by the Rangers felt… off. It wasn’t anything out of the ordinary, but it felt rather cryptic.

On a somewhat-related note, just got this from the Rangers’ PR dept. pic.twitter.com/CbfDHx1W8J

Despite being told not to get worked up, Texas fans couldn’t help themselves. They did exactly that.

this reads pretty weird doesn’t it

It will be interesting to see if the fanbases’ concerns are valid. The team is saying that there is no reason to be stressed. They aren’t worried.

But what if it becomes something bigger?