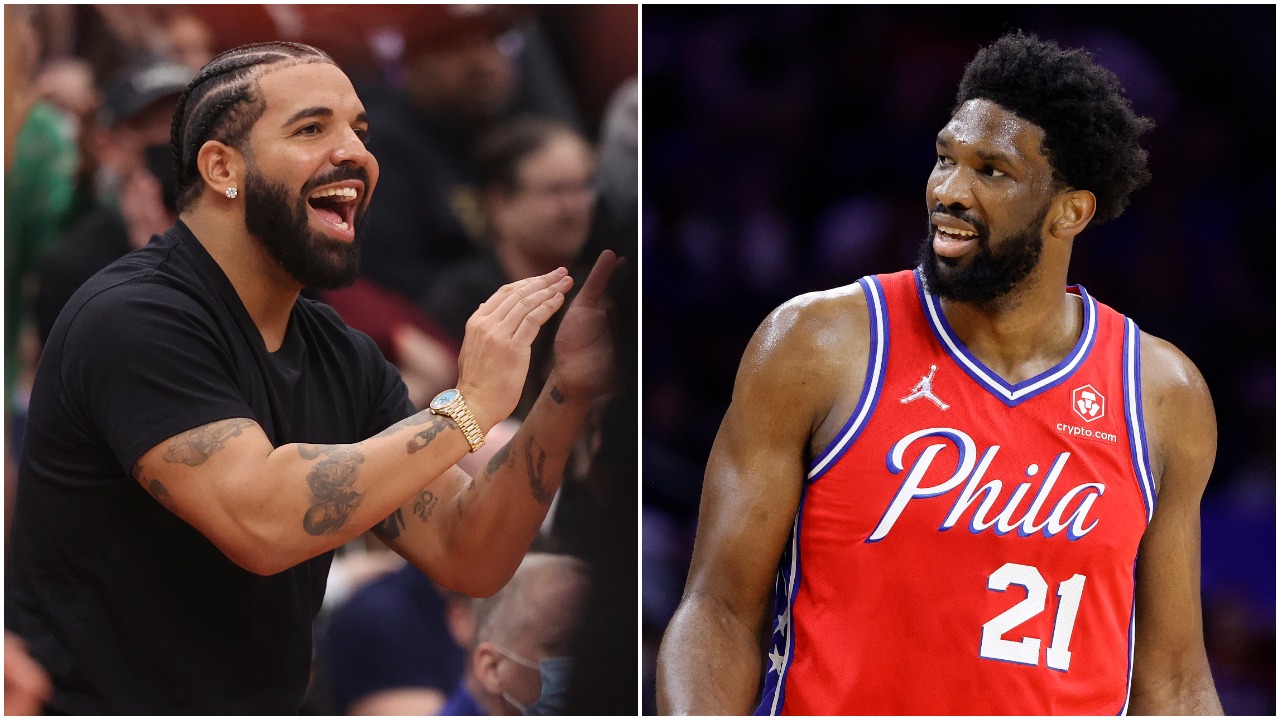 Toronto Raptors superfan Drake might be the most fickle fan in sports history.

The Sixers took a commanding 3-0 lead in their series against the Raptors on Wednesday night after Joel Embiid hit a wild turnaround game-winner in overtime.

EMBIID WINS IT IN OT 😱

After the game, Embiid walked over to Drake and started talking trash to him.

I didn't record it, but I watched Drake wait for Embiid, dap him up and walk off the court with him laughing. It's nothing, but it's also hilarious. https://t.co/YhVPpOKTnN

Drake walked into the tunnel laughing and smiling behind Embiid, which didn’t sit well with Raptors fans.

Drake got me howling pic.twitter.com/PqlmYljGtT

Nah, Drake is a loser for this one 😭 https://t.co/SXyZVD9EP6

This is worse than hiding the child https://t.co/ufNOkYC5cx