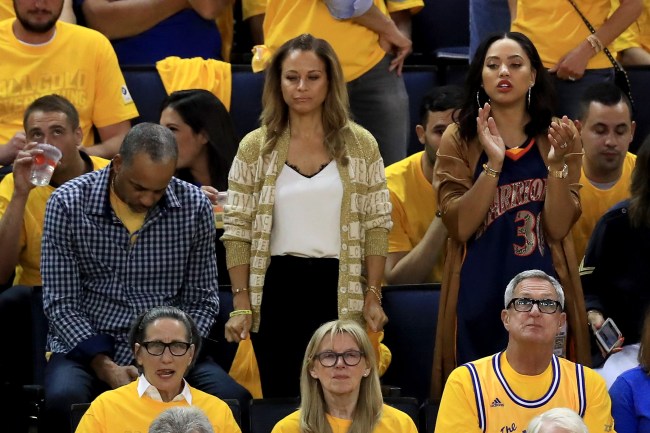 I guess the whole Canadians are nice narrative is starting to go out the window.

Warriors players including Steph Curry were disgusted by the actions of the fans.

Klay on the Toronto fans cheering KD’s injury: “It was bullshit. That was freaking ridiculous. I can’t even put into words how mad I was about that.”

.@StephenCurry30 shares his thoughts on the reaction from the Raptors fans to Kevin Durant’s injury. pic.twitter.com/lqucDd1nUm

It seems that Raptors fans are still down with being obnoxious because after the game they were filmed yelling obscenities at Steph Curry’s mother and father at the team hotel.

Raptors fans heckling and swearing at Stephen Curry’s mom outside their hotel pic.twitter.com/lAJi5380GA

Not a good look for Raptors fans.