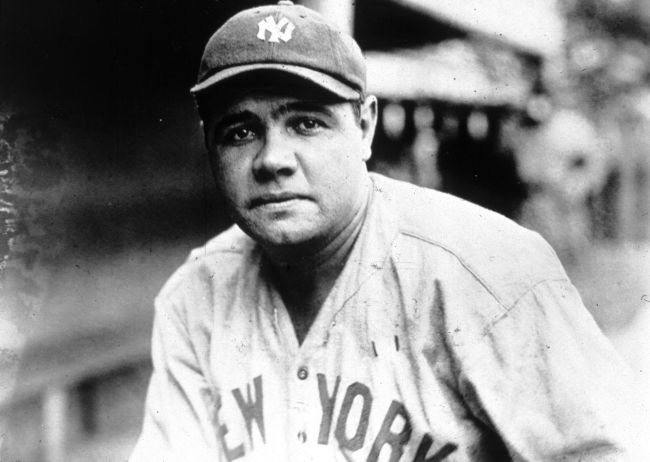 Rare baseball memorabilia from the early 20th century is getting harder to find these days. That’s not to say you still can’t find a Honus Wagner card in your grand pappy’s attic, but the odds have significantly decreased.

These days you typically see memorabilia collections coming to auction that has been passed down through kin. Recently, an out-of-this-world collection of baseball autographs from 1928-1934 were valued on an episode of Antiques Roadshow.

Aside from the appraisal, the owner of the collection also tells a wild story of losing his father’s Babe Ruth foul ball while playing catch with it out in a field.

Originally airing on PBS, “Omni Mount Washington Resort, Hour 2” includes the valuation of a man’s autograph collection that was passed down to him from his father.

The man talks about how his father grew up outside of Boston during the 1920s and 1930s. During that time, his father would write to players saying he was amassing an autograph collection of the “world’s greatest players.”

So who are the players? Well, there’s Tris Speaker, Cy Young, Modecai “Three-Finger” Brown, Honus Wagner, and Babe Ruth to name a several.

Another strategy the man’s father would use is heading to the hotel teams were staying at and flag down players in the lobby.

Then there’s the team-signed ball the appraiser deemed the “most important,” a 1933 full team-signed ball of the Washington Senators in “beautiful” condition. The team went on to the World Series that year, only to lose to the NY Giants.

In the video the appraiser, Grant Zahajko, walks through the insured value on each piece. The insured value essentially means that is the market price of the memorabilia.

If it were to be lost or stolen, the original owner could then use that money and easily buy something similar from a dealer without having to bargain.

Zahajko put the entire collection to be valued at $25,000, which is pretty awesome.

Estimated Value Breakdown on Each Piece

Zahajko also provided a breakdown of the estimated value of each piece. Here is the entire list:

One incredible story the man shared about his father was when Babe Ruth played for the Boston Braves in 1935, Ruth’s final season.

Growing up, the foul ball was kept in a shoebox. The man and his brothers would play with whatever balls were around the house, and the Ruth foul ball ended up getting lost out in the field where they would play.

While it would essentially be impossible to get the ball verified to the point it could be sold in an auction, the story itself is a pretty dang good one.

That man should still go look for that Ruth ball though.