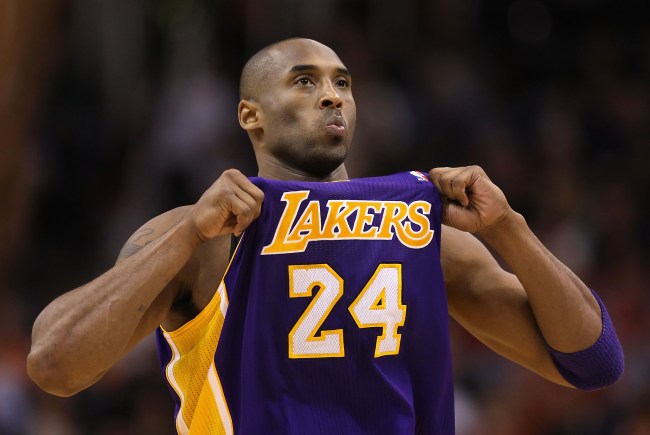 I should preface this by saying that before two hours ago, I had no idea who Rene Nezhoda was but now I have an undying resentment for him.

Rene, who is apparently a regular on Storage Wars, a show for people who have cigarette burns in their couches, claims to have discovered a jackpot of Kobe Bryant’s personal memorabilia that includes 35 pairs of shoes, practice gear, a laminated credential and even a mink coat, the Daily Mail reports.

According to TMZ, items from a unit located in Los Angeles were recently up for bids off after the owner, a former stylist of Bryant’s named Derek Roshe, neglected. to pay the bills on it. The items were recently sold at auction for just $375, or the price of like 8 stadium beers, and the buyer flipped them to Nexhoda for $13,000.

This dude copped an abandoned storage unit that belong to Kobe’s stylist for $375!?! https://t.co/ArulSv9DD1 pic.twitter.com/XcE20JXd3C

Speaking with the Daily Mail, Nezhoda said he has been in touch with Bryant family attorneys and is confident the items belonged to Kobe. Nezhoda went on to say he’s returning some of the items to Bryant’s widow Vanessa at her request.

This Rene character is sitting on a gold mine.