Pro Golfer Devastated By The Unluckiest Shot Ever Caught On Video 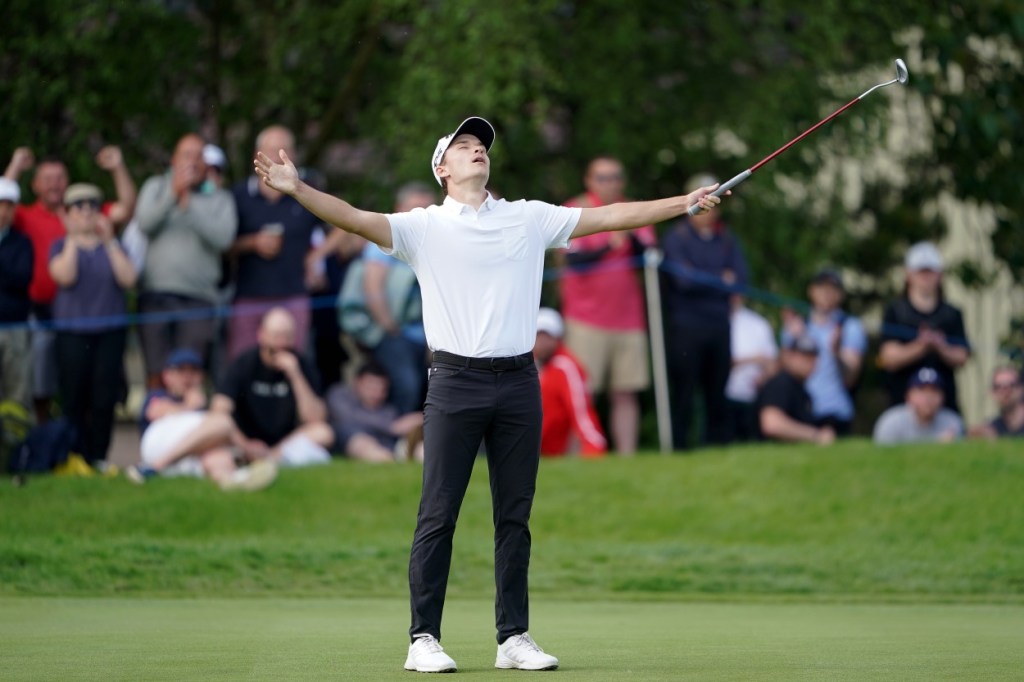 It brings me no pleasure to share this video of Rasmus Hojgaard getting robbed by the golf gods. This shot was recorded during last week’s 2022 Betfred British Masters held at The Belfry course. And it might be the most unlucky golf shot ever recorded.

The DP World Tour (aka European Tour) uploaded this video to YouTube with the title ‘1 in 1 million golf shot’. That’s what caught my attention. I assumed Danish golfer Rasmus Hojgaard dunked his shot and made an eagle. Well, he did dunk his shot but life had other plans for that ball.

I’ve now watched this shot from Rasmus Hojgaard at least five times. The pain on his face, the sound, it’s all so brutal. He hit a truly incredible golf shot and the Golf Gods laughed in his face. Check it out…

Rasmus Hojgaard Crushed By The Unluckiest Shot Ever Caught On Video

It’s hard to imagine a more brutal result than that when dunking the ball into the cup. It literally went inside the hole and then ricocheted back out, mocking the golfer and the laws of physics.

This tournament was actually last week on the DP Tour but as is the case with most European sports it went largely unnoticed here. Denmark’s Rasmus Hojgaard finished t16th in the tournament and earned € 28,190.54 for his efforts ($29,307). The tournament was won by Thorbjorn Oleson, a fellow Danish golfer.

Here’s a fun fact about Rasmus Hojgaard, his twin brother Nicolai is also a professional golfer. And in 2021 they became the first brothers in European Tour history to win tournaments in back-to-back weeks when Rasmus won the 2021 Omega European Masters in Switzerland.