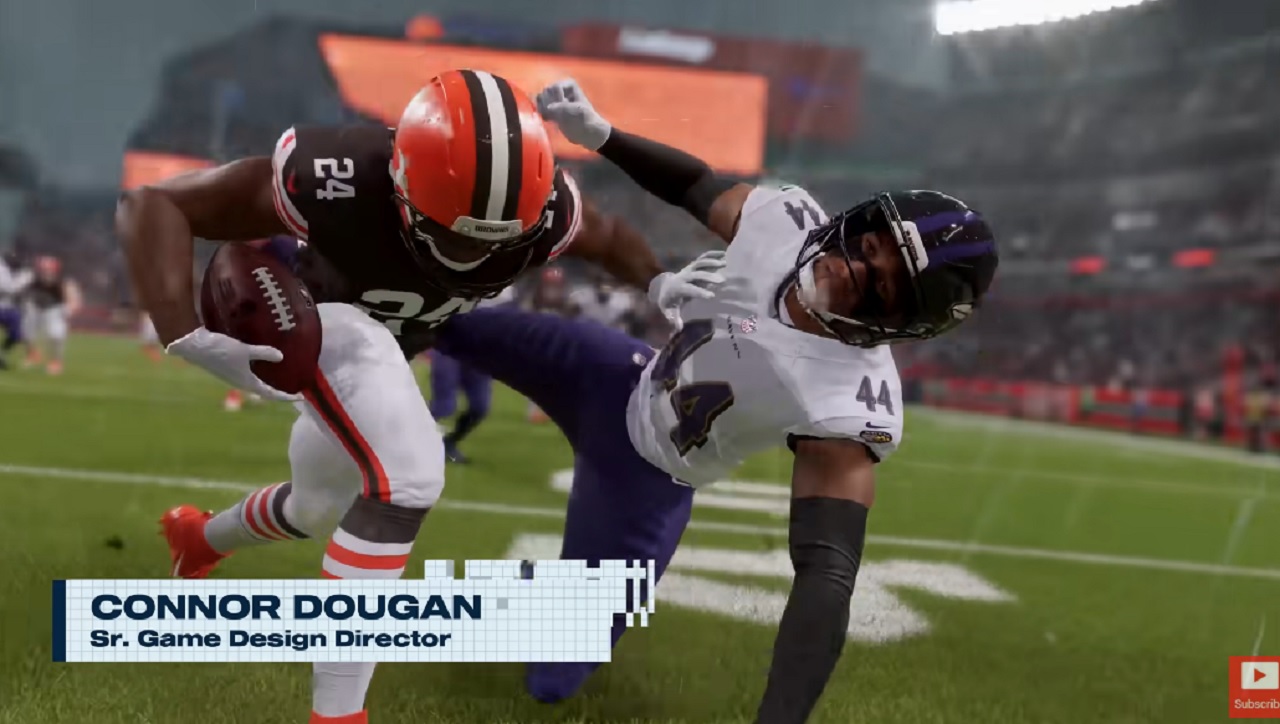 Ravens cornerback Marlon Humphrey has a bone to pick with the developers of Madden 23.

Earlier this week, EA Sports released the new trailer for their upcoming Madden game and showed Humphrey getting run over by Browns running back Nick Chubb while touting their new game physics animation.

Humphrey saw the clip and hilariously joked that he was going to sue Madden for how they depicted him in the trailer.

Smh Take me out the game right now before I sue @EAMaddenNFL https://t.co/JFl2cUOKy7

This not looking good for me😅 https://t.co/6mgcP4JqmK

Humphrey wasn’t the only player who didn’t seem happy with how the trailer portrayed him. Humphrey’s teammate Tony Jefferson was shown getting jumped over in the trailer.

You can join my lawsuit bro