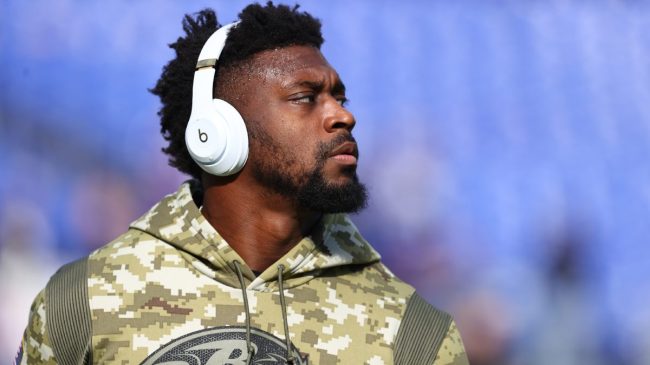 Patrick Queen and Marlon Humphrey are both members of a feared Baltimore Ravens defensive attack.

While they’re teammates now, there’s a bit of animosity dating back to their college roots.

Queen was an LSU Tiger, and a member of the 2019 national championship squad with Joe Burrow. That team was one of the best in college football history, posting a perfect 15-0 undefeated record and seeing a record 14 players taken in the draft.

Humphrey, however, was part of an Alabama program that landed a spot in back-to-back championship appearances in 2015 and 2016. The Crimson Tide went 1-1 in those title matchups, with both coming against Clemson.

While the two never played against one another, that rivalry hasn’t quite died. The two had a hilarious exchange on social media Wednesday with roots going back to those days at the college level.

Humphrey tweeted out today about missing his “Alabama teammates.”

I miss my Alabama teammates lol

Queen, his current teammate, quipped back about focusing on the future as opposed to the past.

Bro shutup we got a ring to chase https://t.co/NsGSYkcK6Y

Queen says, “Bro shutup we got a ring to chase.”

The hilarious reaction even got a response from safety Tony Jefferson, who’s also a member of the Ravens defense.

Humphrey jokingly replies, noting that he was “in his feelings,” but that he’s ready to get a ring.

It goes to show that college rivalries never end.