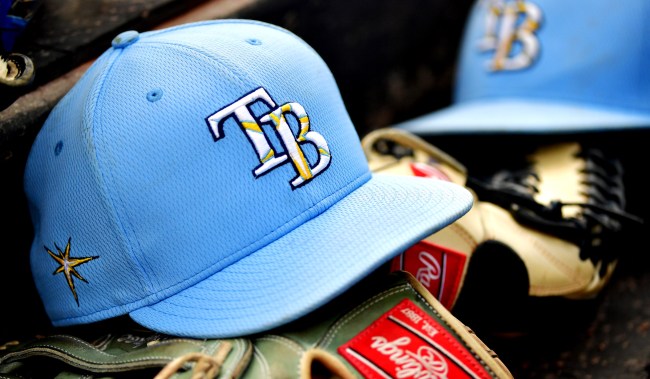 In 2011, Brandon Martin out of Santiago High School in Corona, Calif. was the selected in the first round, 38th overall, by the Tampa Bay Rays.

In 2020, the 27-year-old former MLB prospect was convicted of triple murder with a baseball bat, as well as one count each of auto theft, evading arrest, obstructing a peace officer, and injuring a police canine. The bat was reportedly engraved with Martin’s name and was found at the scene.

According to the prosecution, Martin had been experiencing unspecified psychiatric issues and was admitted to the county Department of Mental Health’s emergency treatment facility on County Farm Road during the night of Sept. 15, 2015, for an evaluation. His admission came after he’d made threats against his disabled father.

The defendant was released from the facility two days later and went straight to the elder man’s residence in the 1000 block of Winthrop Drive, arriving shortly after 6 p.m.

The victim was at the property with Anderson and Swanson, an ADT alarm company technician who was there for an installation consultation, stemming directly from concerns about safety in the face of the defendant’s threats, according to prosecutors.

Brandon Martin grabbed a baseball bat inside the house and went on a rampage, pummeling all three men. Michael Martin and Swanson died at the scene, but Anderson lingered in a coma for two days before dying from his injuries.

Prosecutors will be seeking the death penalty when the sentencing phase of Martin’s case begins on Monday, reports the Los Angeles Times.

Former Tampa Bay Rays prospect Brandon Martin was convicted yesterday of murdering his father, uncle and another man with a baseball bat in Riverside County. Prosecutors are seeking the death penalty. I dug into this terrible case in 2017: https://t.co/WLLpOciRgI

Related: Tampa Bay Prospect Blake Bivens Found Out His Family Had Been Murdered When He Saw It On Facebook