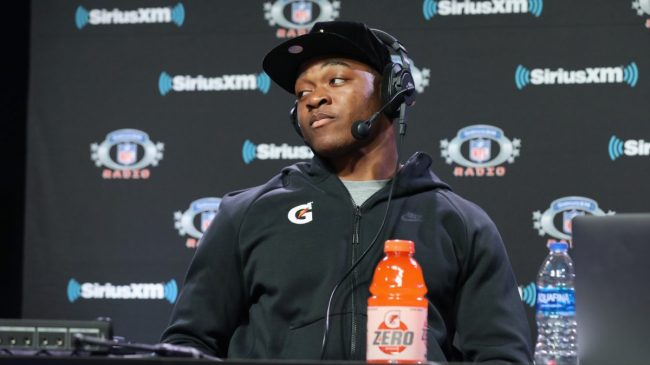 The Cleveland offense is doing some bonding this offseason.

The group boasts a number of new faces at key positions as they look to get back to the playoffs in 2022. One of those players is superstar passer Deshaun Watson.

Watson, who missed the 2021 season due to a sexual harassment investigation, was a three-time Pro Bowler with the Houston Texans. Now, he’s hoping to perform at a high level with his new organization.

Part of that success will involve building a repertoire with his new teammates on the offensive side of the ball.

Over the weekend, the signal caller flew his offense down to the Bahamas as a way to build chemistry. While there was one notable absence, stars like Nick Chubb and Kareem Hunt were in attendance.

Also on the trip was new wide receiver Amari Cooper. Fans are excited to have the new pass catcher in Cleveland, but they were also quick to point out his interesting outfit choice for summer vacation.

Fans on social media were quick to point out Cooper’s ridiculous outfit choice while staying on a Bahamas beach. He looked like he’d packed for a trip to Ohio as opposed to a vacation in the Caribbean.

The wideout was decked out in a hoodie, long pants, and shoes while hanging out in 85-degree weather. Everyone else is sporting shorts or swim trunks.

Take a look at the hilarious reaction.

Why is Amari dressed like he’s not on the beach😭 https://t.co/tpUv6Qj6tA

Coop in a hoodie, sweats, and shoes on the beach 😭 https://t.co/UDVJbFxHgA

Why Amari Cooper got on a whole fit 😂😂😂 https://t.co/0iFiCFmNmF

Amari Cooper thought they were still in Cleveland https://t.co/29TCy6q1KW