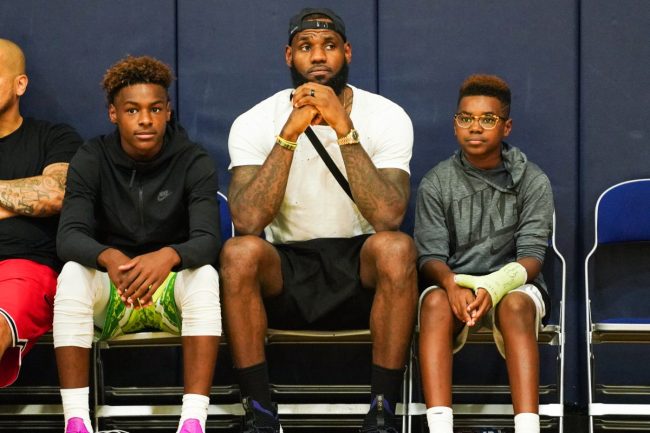 Another member of the James family is making waves on the basketball court. Looking to follow in his father’s footsteps, Bryce James has received his first D1 offer.

We’ve seen Bronny’s rise through the high school ranks, with the guard being listed as a top 50 player by most recruiting services. His recruitment is being played close to the vest though there are a few notable programs hoping to land the potential star. Oregon, at the moment, appears to be in good position, along with USC, UCLA, Ohio State, and Michigan.

That size has programs salivating, and now, a division I school has pulled the trigger with an offer.

Bryce James was offered by A10 member Duquesne, a notable program with a strong history of basketball. The Dukes also have ties to the James family. Head coach Keith Dambrot was LeBron’s high school coach for two seasons in Ohio while assistant Dru Joyce played with the superstar at St. Vincent-St. Mary.

Being the first to offer, especially considering the pre-existing relationship to the family, has to have Duquesne fans excited. See the immediate reaction on social media below.

If Bryce James comes to Pittsburgh I ain’t leavin https://t.co/WueSKLrnQQ

Coach Dambrot (and obviously Dru Joyce III) being the school that offered Bryce first does my heart some good! https://t.co/mt4Zezm3iC