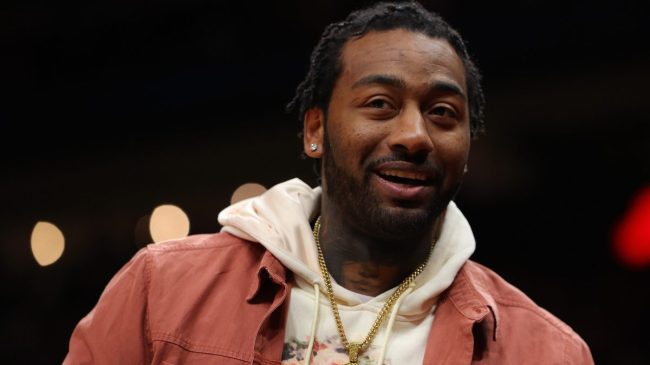 John Wall’s time in Houston has come to an end. It was short-lived, and from a Rockets’ point of view, an utter failure.

The team acquired him 2020 but he only played 40 games for the franchise and was told to sit out in 2022. The Rockets reportedly wanted to offer more playing time and development for young stars. Wall wanted to start.

The two sides couldn’t come to an agreement, and so, they’ve decided to part ways. Not before Wall cashed in on that $47 million player option, though.

On Monday, it was announced that Wall would be waived by the Rockets this offseason.

And his new destination is already known.

NBA insider Adrian Wojnarowski tweeted out that Wall’s plan is to join the Clippers once he clears waivers. That would mean he’d team up with stars Paul George and Kawhi Leonard.

Though Wojnarowski says that other teams will pursue Wall, his plan is to play in Los Angeles. And what a three-headed monster that would form.

PG13 already responded to the news, posting an old photo of him and Wall at the 2014 NBA Dunk Contest. The veterans will look to lead the Clippers back to the playoffs in 2023.

George wasn’t the only one talking on social media, though. Many around the NBA reacted to the announcement on Twitter.

Things are scary in LA. pic.twitter.com/PuyobZxFFy

Would love to see John Wall alongside Kawhi Leonard and Paul George. Absolute perfect fit within the Clippers’ system.

The Clippers +600 only trail the Warriors +500 in next season's NBA Champion odds.

Do you think John Wall makes this big of a difference? 🤔 https://t.co/jEAKkv0qcu

We’ll see if the Clippers can back those expectations up with the addition of John Wall. Los Angeles should be fun to watch if they can stay healthy.