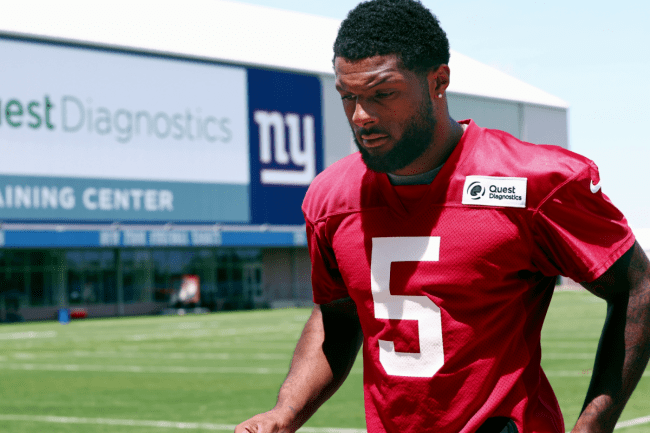 Giants’ first round pick Kayvon Thibodeaux went down with a knee injury following a scary chop block from a Bengals’ tight end. The hit sent the defender tumbling to the ground in pain, though he would walk off the field under his own power.

Thibodeaux is expected to make a major impact in New York as a rookie. The pass rusher was a star at Oregon, and he’s hoping to provide some help to a defense that ranked near the bottom of the league in sacks last season.

But this scary moment had Giants’ fans holding their breath.

Thibodeaux remained down for many moments before finally getting to his feet. He waived off the cart, which was a good sign, but hits to the knees are never good to see.

Many fans online are calling the chop block dirty after seeing the replays.

Football fans began to see clips of the hit circulating on social media, and everyone had the same initial reaction. Most believed the hit to be dirty as the tight end for the Bengals appeared to dive at Thibodeaux’s lower body.

Take a look at the initial reaction below.

Just saw the cut block that Kayvon Thibodeaux received. That Block was so unnecessary … but especially in the preseason.

This is ridiculous, dangerous and cowardly! Straight cowardly. Prayers up for Kayvon Thibodeaux.

Kayvon Thibodeaux seems to be okay after that dirty shot to the knee. pic.twitter.com/NIzOpM0f8M

Thibodeaux was seen on the sidelines later in the game, though the Giants ruled the defender out for the remainder of action. Hopefully all is fine with the edge rusher’s knee. For now, it appears he avoided a potentially major preseason injury.