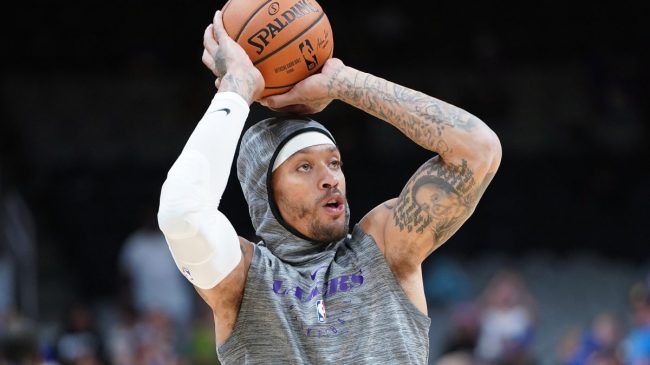 Michael Beasley is making his return to the basketball court.

The former No. 2 overall selection has signed a deal to play overseas with the Shanghai Sharks. According to NBA insider Shams Charania, the Chinese Basketball Association member has offered a seven-figure deal to land Beasley, who’s been out of the NBA since 2019.

In 11 seasons, the Kansas State star averaged 12.4 points and 4.7 rebounds a game while playing for seven different organizations. He made the All-Rookie team in 2009. His best campaign came in the 2010-11 season where he notched 19.2 points a night in Minnesota.

Unfortunately, his career took a dip after that.

Over the next eight years, Beasley would only start 68 contests. This after being placed in the starting lineup 170 games in his first three seasons.

Beasley struggled through injury and mental health issues throughout his time in the league. His final season came in 2018-19 where he played 26 games with the Lakers.

Now, he’s making his return to the court, albeit in a new location.

With news of Beasley’s signing, the NBA world is reacting on social media.

Fans and media have been quick to respond to the recent signing of Michael Beasley. Most were very congratulatory.

Rooting hard for Beas. Such a likable person who has been through a lot. https://t.co/EuEEkuyvat

In light of all the sad news that’s always out there, seeing this brings a smile to my face. https://t.co/SxjlpUVcKJ

It should be interesting to see how this plays out for Beasley in China. We’ll all be rooting for him in his return to the hardwood.