Fans Tell Stephen A. To STAY OFF THE WEED After He Says He Would ‘Strongly Consider’ Running For President 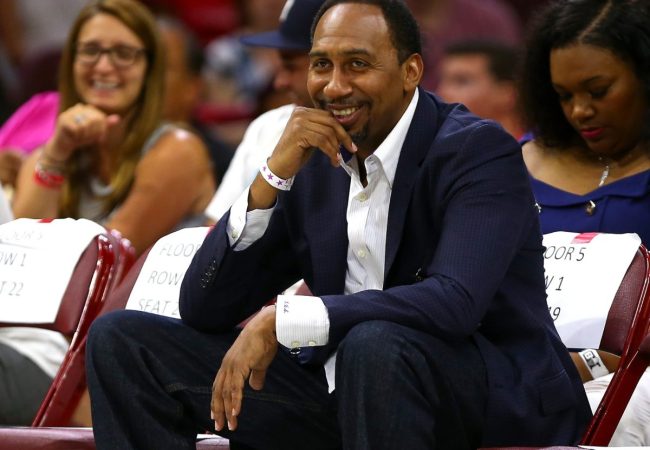 Stephen A Smith made an unexpected declaration on Tuesday while appearing on the Paul Finebaum Show. The television show host said he’d “strongly consider” running for President.

Here’s a little background on the wild statement.

Smith popped in with the SEC analyst to discuss a little sports, as well as promote his upcoming book release. While talking about the memoir, Finebaum asked the First Take personality if he’d ever consider running for office. In particular, he asked if he’d ever want a seat at the White House.

“Obviously, when you think about the standards that were once held in the White House, I’m pretty damn good but I’m not perfect. I would’ve told you once upon a time, ‘Hell no,’ but when I see some of the things that have transpired, I can honestly tell you… if enough people came to me and said to me, ‘Stephen A., you have a legitimate shot to win the Presidency of the United States of America,’ I would strongly, strongly consider running.

“I have no desire to ever be a politician, but I’ve lost so much respect for the nonsense that I see taking place on Capitol Hill, that if somebody said to me, ‘Stephen A., you could win this thing,’ yes, I would run for the Presidency of the United States of America.”

Smith then went on to talk about how he would make the country a better place, while speaking on the broad approach he’d use to lead a nation.

He also said that Finebaum would be his first dinner guest.

Fans were quick to react to the comments, urging Smith to take his own advice.

Fans quickly responded to Stephen A Smith’s comments on running for President by telling him to take his own advice.

Here are a few more hilarious Stephen A related reactions.