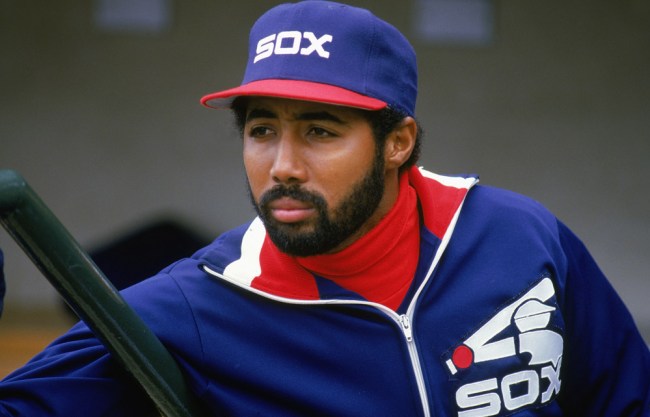 As a lifelong Chicago White Sox fan (yes, it does suck), my favorite thing about one of the team’s greatest players, Harold Baines, is the fact that he always looked like he was about to fall asleep in every game I saw him playing in.

Baines’ greatest claim to fame was probably the fact he holds the Major League Baseball record for most games played as a designated hitter, 1,652. Baines did also, at one point, own the MLB records for the mark for career home runs as a DH and hits as a DH until Edgar Martinez and David Ortiz passed him, respectively.

He also hit over .300 eight times, was a six-time All-Star and led the American League in slugging average in 1984.

All in all, Harold Baines had a very, very nice baseball career. Very nice, but certainly not Hall of Fame-worthy.

That didn’t stop the Today’s Game committee (formerly known as the Veterans’ Committee) from selecting him and former all-time saves leader Lee Smith to become the latest members of the Baseball Hall of Fame.

As if all of that wasn’t enough of a head-scratcher, consider this: Baines was only on the Baseball Writers’ Association of America ballot for the bare minimum five years and never received more than 6.1 percent of the vote (you need 75 percent to be enshrined).

You know who has received more than 6.1 percent of the BBWA vote?

Harold Baines simply doesn’t stack up to the Hall of Fame’s standards.

His selection is both puzzling and indefensible (by @JATayler) https://t.co/R02GZA1Lfq

Harold Baines is in the Hall of Fame.

And that says everything you need to know about the farcical special committees that chose the former and continue to exclude the latter.

Let's be frank: The elections of Jack Morris, Lee Smith, and (especially) Harold Baines are fully intended by voters to troll everyone who believes in objective analysis. They've lost power everywhere but here, but by God they're gonna use it. Embarrassing to Hall (or should be).

Harold Baines was on the ballot as recently as 2011 and received 4.8% of the vote. It was his fifth straight year with a vote total below 10%. Why, just seven years later, do 16 people get to decide that he's now a Hall of Famer when 95.2% of the voters didn't think he was one?

Many went straight to the stats…

Mike Trout passed now-Hall of Famer Harold Baines in career WAR (38.3) back in May 2016. He still hadn't yet reached 700 career games.

There are 120 players with a higher WAR than Harold Baines *and* Lee Smith combined.

One of them is Lou Whitaker.

There are 25 right fielders in the Hall of Fame. Harold Baines ranked 105th at that position in 7-year peak WAR. Behind names like Josh Reddick and Alex Rios.

Harold Baines has a lower career fWAR than:

Even Baines himself couldn’t believe it.

Harold Baines says he was "very shocked'' by the news

We now live in a world where Harold Baines is in the Hall of Fame and Barry Bonds is not.