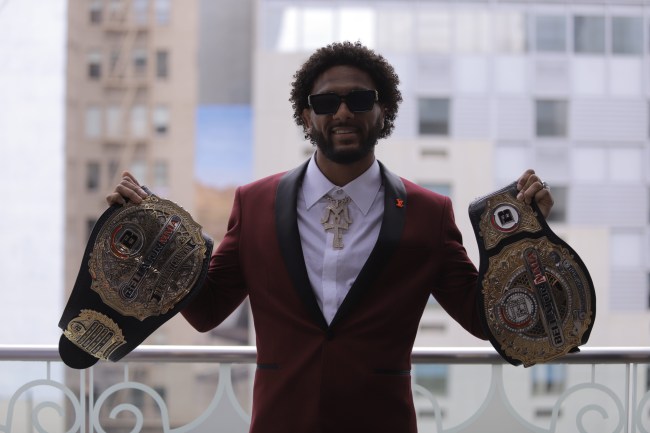 Corey Anderson vividly remembers the moment fighting stopped being a game for him. Well, sort of.

Waking from a momentary loss of consciousness, and surrounded by EMTs called to the scene with an ambulance, Anderson could no longer ignore the lingering effects and accumulated damage from his near decade-long professional MMA career.

After 15 fights in the UFC, something needed to change. Not only was Anderson’s career stalling after suffering his fourth knockout loss, but he felt an even greater impact when his young son arrived at the hospital to see his father injured from the blackout fall.

“I always told myself, I wanted to be out of this game before my kids could see me,” explained Anderson at a press conference to promote his upcoming world title fight at Bellator 277 (April 15, 7 p.m. PST / 10 p.m. EST on Showtime). “I’m sitting here in the hospital and my son’s looking at me … it’s too late. Now my son’s seen that, so it’s like after that, this ain’t no game no more.”

It was at that moment when Corey Anderson felt a seismic shift in his career arc. Fighting had to be all about business moving forward if Anderson was to proceed on his MMA fighting path. That’s when Anderson had his management team ask for his release from the UFC, allowing him to sign a new contract with Bellator MMA in 2020.

Two years later, Anderson is finally fighting for a major MMA title, seeking his fourth straight knockout when he faces incumbent champion Vadim Nemkov in the Bellator cage. It’s one hell of a test, but at least the compensation’s good. 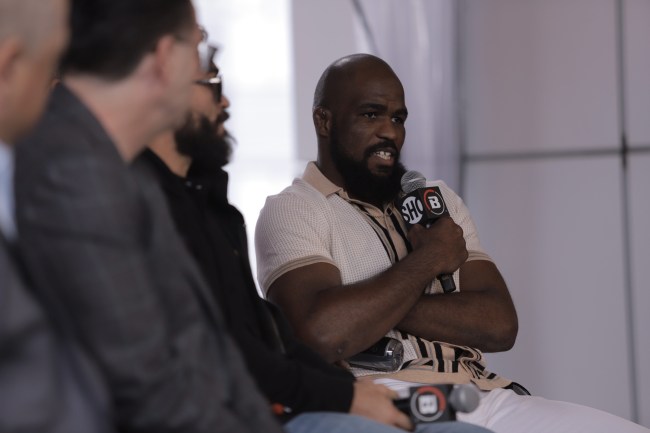 With a win, Anderson would not only claim the world championship belt, but he’ll also collect a million dollars as part of Bellator’s Light Heavyweight World Grand Prix.

Anderson’s shot at a title and redemption is just one of several bright spots on tonight’s Bellator 277 fight card, though.

Competing in the evening’s co-main event, Anderson, and Nemkov, will warm up the cage for Bellator’s most popular champion: Featherweight A.J. McKee, who is set to defend his title for the first time. 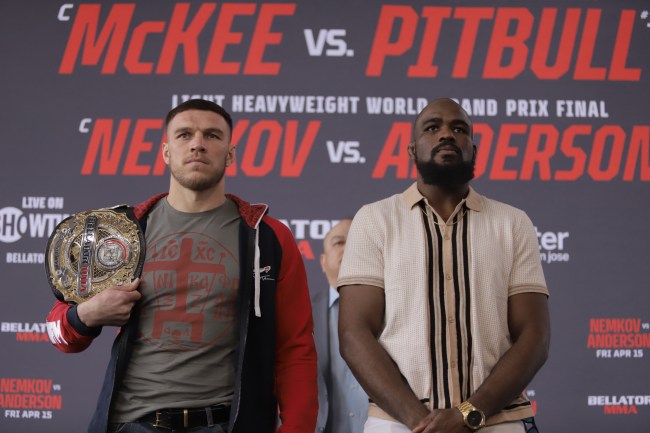 Matched again with longtime featherweight king, Patricio “Pitbull” Freire, from whom he took the title last July, McKee is looking to build on his perfect 18-0 record and solidify his position as Bellator’s greatest ever fighter. He’ll also attempt to add to his historical legacy, as he seeks bigger paydays, a more lucrative contact, and perhaps even a unification bout with Alexander Volkanovski, the UFC’s 145 pound champion, although that would likely come after McKee fights out the final three bouts on his current deal, which was extended when a champion’s clause went into effect in 2021.

“I see myself as the 145 and 155 pound champ after this fight,” offered McKee, referencing Pitbull’s former status as a two division title holder.

However, with Pitbull relinquishing the lightweight title in 2021, and now beltless, McKee essentially used the moment to overlook his opponent and inflame his feud with Freire’s elder brother, Patricky, also nicknamed Pitbull,” who now owns Bellator’s 155-pound belt.

While McKee’s pursuit of a second belt is not one of the relevant and meaningful storylines of Bellator 277, his pursuit of greatness and perfection is.

Last time out, McKee needed less than two minutes to finish “Pitbull” with a guillotine choke. In actuality, it was a head kick and punches that first dazed Freire, who momentarily dropped to the canvas. The choke was really just the final nail in the coffin, and McKee believes his performance tonight will be just as dominant, although he see’s “Pitbull” playing a more patient game to survive into the second round.

“Leading into the first fight, Patricio wasn’t able to control his emotions. That’s what got to him, so I think this fight will be a bit different. Maybe it’ll go to the second [round],” commented McKee on fight week. “He has to come to me. But, if he comes to me too fast, that’s where he’s gonna have a problem. He’s gonna have something to deal with … you notice he’s a lot more calm. So, he’s gonna approach this fight a bit different and I see it.”

With oddsmakers are favoring McKee (-280), they’re still giving “Pitbull” (+225) a chance, although it’s tough to see his path to victory, considering McKee’s height and reach advantage, along with the stylistic matchup, which sees Freire’s wrestle/box approach go head-to-head with McKee’s ninja style, combining wrestling with kickboxing and Brazilian Jiu Jitsu.

And even with McKee heavily favored, it’s still about as big a matchup as Bellator can make, pitting their greatest historic fighter, Freire, against the promotion’s brightest shining star, McKee.

If that’s not considered a meaningful fight, I’m not sure what else is, and it’s yet another reason to fire up the Showtime app and catch some super, high level mixed martial arts. 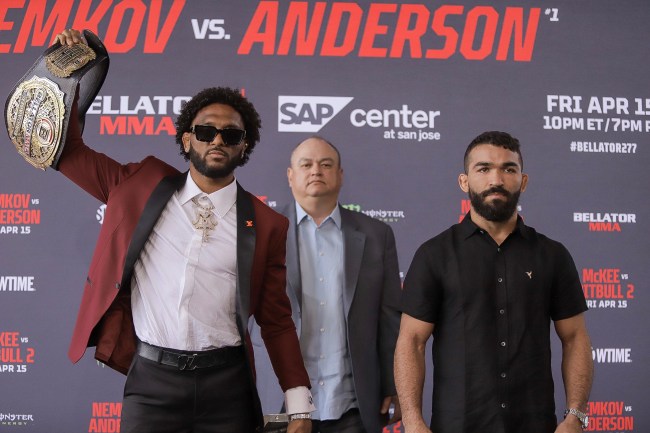