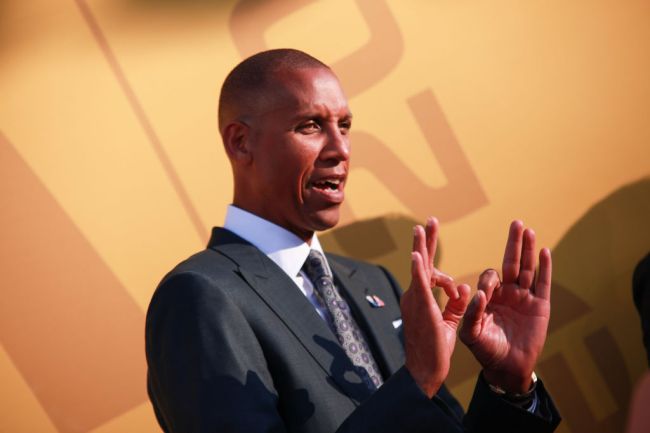 Scottie Pippen continued on his warpath on Monday by calling his former head coach Phil Jackson a racist. His comments didn’t sit well with many, including Hall of Famer Reggie Miller.

Pippen’s racially charged statement about Jackson stems from a late-game situation during Game 3 of the 1994 Eastern Conference Semifinals against the Knicks. Jackson gave the final shot to Toni Kukoc instead of Pippen, and Pippen called his coache’s decision a “racial move.”

During Monday’s episode of ‘The Dan Patrick Show,’ Patrick straight-up asked Pippen if he thinks Jackson was or is a racist. Without hesitation, Pippen answered “oh yeah.”

Patrick had Miller on shortly after Pippen made his comments and the former Pacer great completely disagreed with Pippen’s claims about Jackson. He also explained that he had to be a decoy in late-game situations throughout his career as well.

“No, no. See, I don’t agree with that. No, no, no, no. There’s plenty of times I’ve been a decoy on the Pacers team, Miller explained. “There’s just times when that has to be the case because everyone assumes and knows the ball’s going to go to you. And sometimes, you have to be a decoy. The whole racial point, no, absolutely not. That, I don’t roll with.”

None of us, including Miller, know what the ins and outs of that Bulls’ locker room were and what may have gone on between Jackson and Pippen behind the scenes. However, Pippen simply sounds like he’s salty he wasn’t given the final shot against the Knicks.

It’s also worth noting that Kukoc made the shot, it’s not as if he threw up a brick. Pippen is complaining about a teammate hitting a game-winner in the Playoffs.