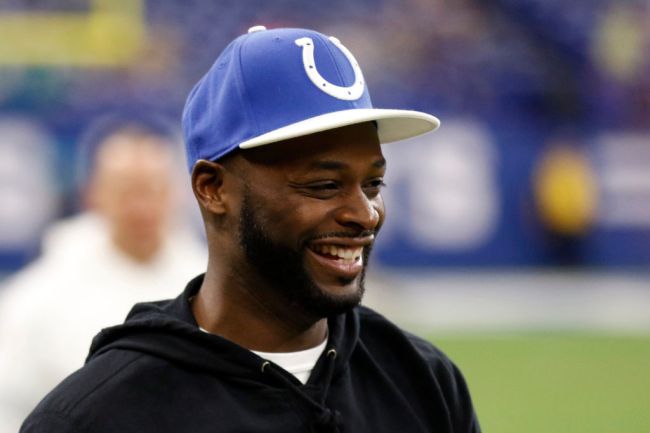 Former Colts wide receiver Reggie Wayne is one of the best to ever suit up in the NFL. The 14-year veteran spent his entire career in Indianapolis and was on the receiving end of some of Peyton Manning’s most famous moments. Over the course of his time in the league, Wayne recorded 1,070 receptions for 14,345 yards and 82 touchdowns, but now he appears to have his sights set on the other side of the game. After his former team announced turnover at six positions amongst the coaching staff, Wayne replied to the tweet asking if the organization was hiring.

He is no stranger to being a part of the game in such a capacity. Four years after his retirement, in 2018, Wayne joined the team as a volunteer receivers coach for the spring and part of the summer. First-year head coach Frank Reich brought him on at the time after serving as Wayne’s receivers coach in 2011.

“Oh man, Reggie, he’s the best,” Reich said. “And sometimes as a coach, when you get a former player that’s done what someone like Reggie has done — which few *people have done what Reggie has done — we’re always excited. But furthermore, when you actually *coached the guy, it takes it to a whole new level of excitement, because I know the kind of person and the kind of pro that we’re getting. I know his knowledge of the game, his leadership on the field — really, with the whole team — but specifically with the wide receiver group can be dynamic.”

Wayne returned to his primary job as an on-camera analyst in the fall of 2018 but was asked about his desire to return to coaching prior to the spring of 2019.

“Too early to tell,” he said. “I enjoyed it. I think coaching is in my blood, I think it’s something that I would want to do. It’s just got to be the right time.”

If he were to return to the sideline, it starts with the Colts.

Based on his tweet on Tuesday, it appears that the right time is now. The 42-year-old was recently on the wrong side of the NFL Hall of Fame ballot for the second consecutive year, but he will most likely get in sooner rather than later. He has more receptions than 13 wide receivers already in the Hall of Fame and more receiving yards than 14 who are already in Canton, Ohio.

Wayne is 10th all-time in both categories and would be a valued addition to a wide receiver room with T.Y. Hilton, Parris Campbell, Zach Pascal and 2020 first-round draft pick Michael Pittman. Having his presence around Pittman, a 23-year-old, is something that could be worth considering if you’re Reich.