Report Reveals 5 Teams Who Could Compete With The New York Knicks For Donovan Mitchell, With 3 That Are Actually Believable 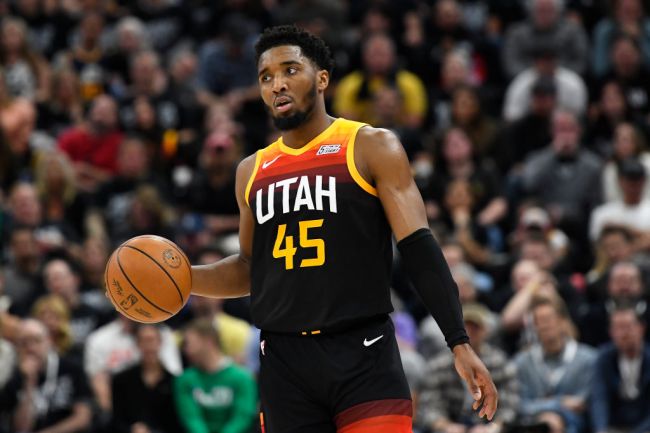 It’s beginning to look less and less likely that Donovan Mitchell is going to be a member of the
New York Knicks.

What once seemed like a done deal has gone through weeks of weeks of negotiations that reportedly led to the Jazz rejecting a very reasonable offer for their star guard.

As those talks have stalled for the Knicks, it seems that other teams have reportedly become interested in acquiring Mitchell.

According to Arizona Sports 98.7 FM’s John Gambadoro, while the Knicks have made the best offer for Mitchell, there are 5 other teams showing interest in a deal with the Jazz.

5 teams besides the Knicks are interested in Donovan Mitchell

Couple things on Donovan Mitchell. The Hawks, Heat & Kings are NOT interested contrary to reports. Knicks still have the best package to offer but other teams interested are Cleveland, Washington, Charlotte, LA Lakers & Brooklyn. And no the Jazz never asked for 7 1st round picks!

Let’s just start with the Lakers. There’s just about no chance they are landing Donovan Mitchell with what they have to offer the Jazz. The Jazz reportedly rejected an offer from the Knicks that included 5 1st round picks. The Lakers only have 2 1st rounders they can trade and very few young assets.

The Nets would also have a very tough time putting together a trade package for Mitchell after dealing away a bunch of draft capital in their James Harden trade. A deal for Mitchell would likely be dependent on the Jazz being interested in acquiring Ben Simmons and interest in Ben Simmons can’t be particularly high around the NBA right now.

Meanwhile, the other 3 teams could offer stiff competition for the Knicks. The Hornets, Cavs, and Wizards all have young talent they can bargain with and have available draft capital to bargain with.

With Kevin Durant now off the market, Donovan Mitchell is the biggest name available to contenders and it looks like interest in him is picking up accordingly.