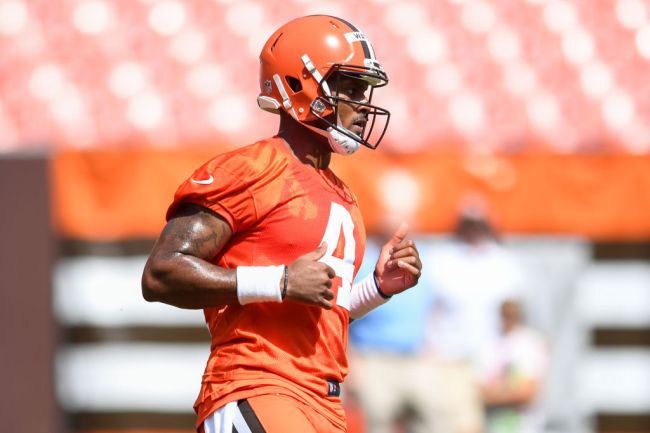 Football fans are closer than ever to learning what will come of the Deshaun Watson situation in the NFL. When it was announced that Watson had settled 20 of the 24 civil cases against him, it was expected that a decision on his discipline from the NFL would soon follow.

Today it was revealed that Watson’s disciplinary hearing would begin on Tuesday. Now the amount of time the NFL wants to suspend Watson for has also been revealed. According to the Wall Street Journal, the NFL is looking to suspend Watson indefinitely, with the suspension lasting for at least a year.

The NFL is preparing to argue quarterback Deshaun Watson should be suspended indefinitely—and for no shorter than one year—with his hearing set to begin in the coming days https://t.co/MJWzeYAXKO

Watson being suspended for at least a year wouldn’t be all that much of a surprise. The MLB gave Trevor Bauer a 2-year suspension in a similar situation. The NFL suspended Calvin Ridley for at least the next season for gambling.

If the NFL were to actually end up suspending Watson for at least this season, we also learned recently how the Browns would handle that decision. If Watson is suspended, the Browns plan to start Jacoby Brissett as Baker Mayfield is seemingly no longer an option for the team.

It seems that is a possibility the Cleveland Browns and their fans should be preparing themselves for life with Jacoby Brissett starting at quarterback as that could be their reality for the next year or more.