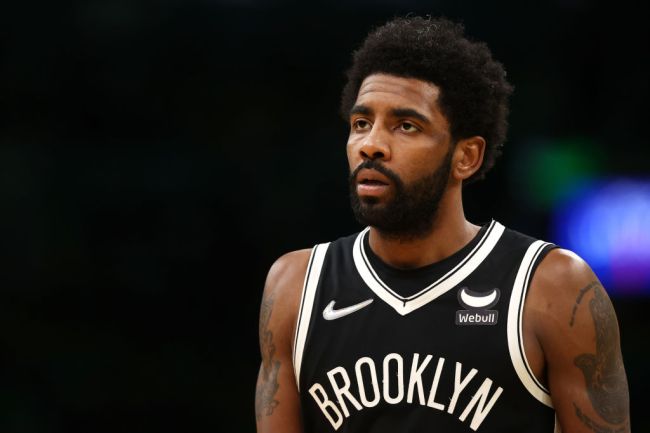 The Brooklyn Nets are expected to trade away their two biggest stars this offseason, but both moves have been proceeding slowly so far. It is unclear what is stopping a Kevin Durant move from happening right now, but a report today revealed why Kyrie Irving still hasn’t been traded.

Part of the issue when Irving was hoping for a sign-and-trade deal to materialize before he exercised his player option was that there wasn’t much interest in a long-term deal for him. Now he has a team interested in trading for him, but the Nets still haven’t pulled the trigger on a deal.

According to NBA correspondent Marc Stein, there are two things that have a Kyrie trade on hold right now. The first is that the Nets don’t want to trade Irving before they trade Kevin Durant. The second is that they won’t accept a Kyrie/Russell Westbrook swap with the Lakers unless they receive a first round pick in the deal.

The Lakers' ICY launch in Las Vegas and all the latest on Russell Westbrook and LA's Kyrie Irving trade prospects … all here via my latest This Week In Basketball column freshly dispatched worldwide: https://t.co/p7SzuAUGbm

The Nets are absolutely right not to want to make this deal without a 1st rounder as compensation. Kyrie is simply the much more valuable side of this deal right now. Russell Westbrook is 3 years older than Kyrie and will 10 million dollars more than Kyrie next season. The Lakers could also extend Kyrie while the Nets will have no interest in extending Westbrook.

The Nets also have pretty good reason to not make this move until they’ve traded Durant. If they are never able to trade KD this offseason, they could try to convince him and Kyrie to give the Nets one more year to try to win.

Trading Kyrie for Westbrook would also likely force them to trade Durant at some point even if they don’t get the offer they want. Durant would likely prefer another year with Kyrie over a Westbrook reunion if he ends up staying with the Nets.

With these issues standing in the way, it looks like it could be a little while before Kyrie gets his wish and heads to the Lakers.