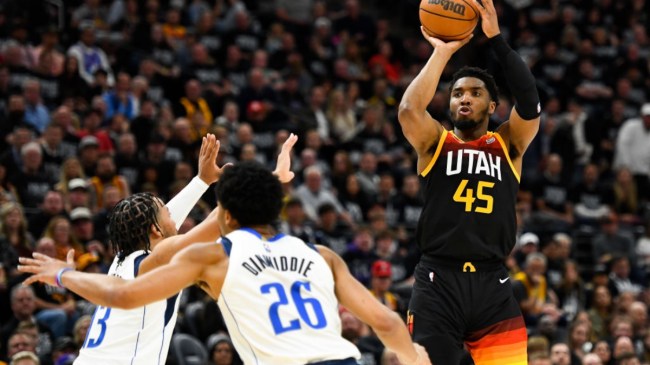 After nearly 2 months of negotiating a Donovan Mitchell trade, it seems the Utah Jazz are now in a rush to make something happen.

According to ESPN’s Brian Windhorst, the Jazz would prefer to get a deal done before the start of training camp and he believes they’ve set that deadline as a negotiating tactic in their trade talks with the Knicks.

Unfortunately, the timing of this move isn’t great for the Jazz as another report today revealed that the Cavaliers have withdrawn from Donovan Mitchell trade talks.

Cleveland Cavaliers have removed themselves from Donovan Mitchell trade talks, per SNY sources. Doesn’t seem like there are any suitors at moment who can approach what Knicks can offer Utah – even if you take RJ Barrett off the table. So this trade is still NYK’s to lose.

The Donovan Mitchell trade saga has dragged on way longer than expected. When it was reported the Jazz were open to trades, the assumption was that Mitchell would wind up with the Knicks. Despite rumors since then of other teams showing interest, nobody else has really asserted themself as a contender for the star guard.

Mitchell has reportedly narrowed his list of teams he’s interested in down to the Knicks, Nets, and Heat, The Nets don’t really have an appealing trade package they can offer, which likely removes them as a possibility.

This decision from the Jazz is at least good news for basketball fans, who have been waiting to learn where Mitchell will play next season.