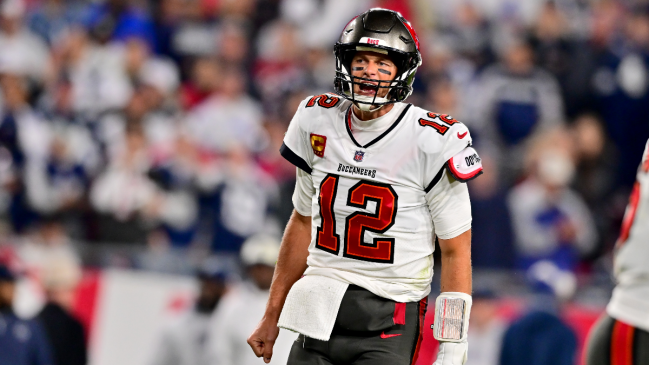 The seven-time Super Bowl winner announced his retirement in February. but changed course just over a month later, returning to the NFL and the Tampa Bay Buccaneers.

Brady quickly lived to regret that decision. His wife, super model Gisele Bundchen, filed for divorce and Brady was left holding the husk of a once-competitive Tampa Bay team.

The Buccaneers struggled to run the ball all season and Brady threw a career-high 733 passes in the regular season at 45 years old. The Bucs limped to an AFC South title at 8-9. The Dallas Cowboys then rudely bounced them from the playoffs with a 31-14 butt kicking in the NFL Wild Card round.

You’d think Brady would have had enough of football after all of that. But it turns out that may not be the case. His comments after the playoff loss led fans to believe he was leaving Tampa, but not necessarily leaving football.

Now we know a bit more about how Brady plans to proceed thanks to ESPN’s Adam Schefter.

Brady planned to announce his own retirement a year ago. But it was Schefter who beat him to the punch. Now, ironically, it’s Schefter who explains that Brady is taking a different approach to how he handles this offseason for that very reason.

“Tom Brady is taking his time to make a decision,” Schefter said on ESPN’s NFL Countdown. “No one knows exactly what he’s going to do yet. But also, after last offseason when word leaked about his retirement, his circled is tightened as to what he will and won’t do this offseason. If he does play, there’ll be personal professional considerations to take into account. Tom Brady is expected to want to play for a winning franchise if he does decide to continue moving forward.”

Schefter’s latest report isn’t exactly groundbreaking. But he’s once again all over the Brady news. You have to imagine Brady is getting tired that happening.