Report Claims The Tom Brady Situation, Specifically What His Future In New England May Be, Is Truly ‘A Wait And See’ Scenario 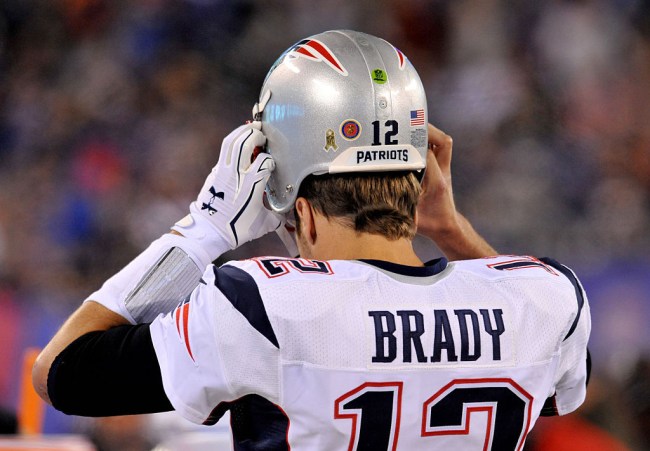 Saturday’s Wild Card game against the Titans could be Tom Brady’s last game in a New England jersey; it could even be his last football game ever. If the Pats earn the win, then maybe the next game could be Brady’s last.

Or, he’s got another season left in him and the Patriots sign him to a new contract. On the other hand, New England could let him walk and he signs elsewhere.

The point is, nobody knows what the future holds for Brady whether that future is in New England, with a different organization or sitting on the couch, it’s the great unknown.

Brady is set to become a free-agent at the end of the season and for now, it’s truly a ‘wait and see’ scenario whether or not the Pats are looking to bring him back for another year or not.

ESPN’s Mike Reiss joined ‘Get Up’ on Friday morning and said exactly that in regards to Brady’s future while also explaining that there have been zero talks about a new contract to keep Brady a Patriot.

It’s worth noting that as part of Brady’s currently revised contract, there is a clause present that keeps New England from franchise tagging him meaning that if there is no new contract in place come March he is free to sign with any team in the NFL.

Damien Woody, who spent five seasons protecting Brady as an offensive lineman with the Pats, explained earlier this week why he thinks we’re witnessing the end of Brady’s story in New England and even thinks the end could come against the Titans on Saturday.

“I think we’re looking at the end. I think this is going to be the end of Tom Brady in a Patriots uniform.

This hasn’t been the typical Patriots run heading into the playoffs. Usually around Thanksgiving, they’ve figured it out, got their identity, they’re hot going into the playoffs. I mean, they’re coming off a loss at home, a must-win game to get the second seed to the Miami Dolphins, where Tom Brady didn’t look well at all. The Patriots have a very thin margin for error. If their defense isn’t on top of its game, they’re gonna lose. They’re going against a Tennessee Titans team that’s humming.”

Whether or not Saturday is the last time we ever see Brady wear a New England jersey or not, it’s been quite the ride watching Brady over the years.