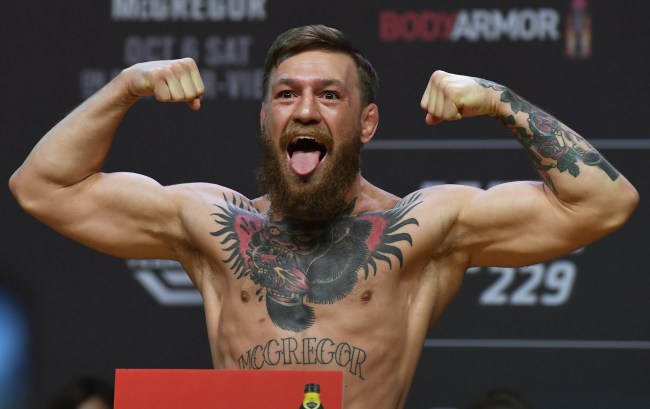 It appears that McGregor’s retirement is going to short-lived and he’s already hyping up potential fights on Twitter.

Conor followed up his Malignaggi’s tweets with a tweet making fun of Khabib Nurmagomedov’s wife while asking for a rematch.

The twitter jabs continue as Conor McGregor brands Khabib’s wife a “towel” in relation to her religious clothing.

This comes after he releases a tyrant of compromising photos from his sparring session with Paulie Malignaggi.

Don’t be scared of the rematch you little scurrying rat.
You will do what you are told like you always do.

You know it’s only a matter of time until Conor is back in the cage once he starts talking trash on Twitter.