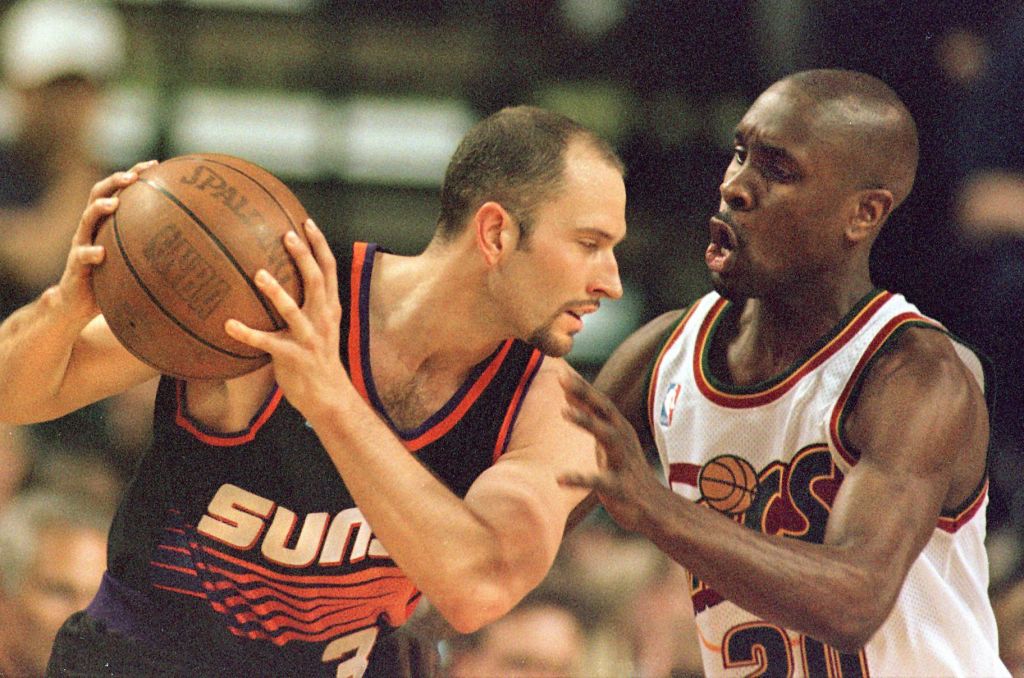 They interviewed over 70 former and current Suns employees about the “toxic and sometimes hostile workplace” which included the owner allegedly using the ‘n-word’ and this insane anecdote was in the report:

nah this is wild pic.twitter.com/v6yLlIKk4n

If you’ve spent much time on Twitter then there’s a solid chance you’ve seen a Rex Chapman viral tweet. Chapman is a former NBA player who famously struggled with addiction before turning his life around. And these days he’s labeled by some as a ‘social media influencer’ because he spends all day on Twitter grabbing other people’s videos and tweets them as his own, and recycles old viral tweets and passes them off as new.

It’s one of those Twitter accounts where when you first see it you’re like ‘oh, this is great’ and then time goes on and it loses all appeal. Well, he took to Twitter to defend Phoenix Suns owner and immediately got torched by his followers. He went with the ‘I know him and he’s not racist to me’ defense:

I read the article on Robert Sarver. Want to say that I’ve known Robert for nearly twenty years. Since he bought the Suns. He’s highly competitive. He can be tough. Even abrasive at times. He’s unique. He’s had his growing-pains as an owner. 1/2

But the Robert Sarver I know is not a racist. I couldn’t and wouldn’t put up with it. The people he’s hired with Suns and Mercury over the past two decades have been amazingly diverse. 2/2

Chapman’s followers were quick to point out the ‘it never happened to me so it must never happen to anyone else’ logic going on here despite SEVENTY people being interviewed.

Damn Rex. You falling on the sword for no reason.

70 people were interviewed. Maybe sit this one out Rex

Rex people have sides to them, just because you didn’t see it, doesn’t mean it didn’t happen

Rex, it's probably best to just let the folks who put up with stuff take the floor on this one.

Rex, this is not normal boundaries for an employer?

People were contemplating suicide as a result of how toxic that workplace was! C'mon man, 70 people interviewed! pic.twitter.com/4xeeSen7mz

This ain't it bro.

not for nothing, and again you should know this, but "he can be tough, even abrasive at times" is how people justify monsters and abusers. Honestly, it's like a battered spouse defending her husband to the police.

Sit this one out, Rex.

UGHH!! I knew this poor take was coming, but I still cringe reading it. Rex, “he can be tough, abrasive” is TEXTBOOK rationalization of destructive behavior. You saw the warning signs, and you chose to – and continue to – ignore them. Reflect, brother.

He REALLY tried to ‘tweet through it’ after Rex Chapman’s Twitter followers turned on him for needlessly defending his personal experience with Robert Sarver instead of recognizing credible allegations from 70+ people who were interviewed.

Chapman tweeted at least 57 times yesterday after he sent those Robert Sarver tweets. That’s the literal textbook definition of ‘tweeting through it’ which refers to when someone says something on Twitter that’s poorly received so they try and tweet nonstop in hopes that with enough new tweets people will forget about the horrible take from a few hours earlier.