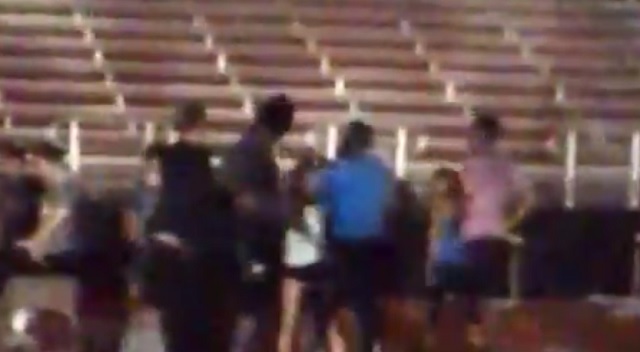 Robert Griffin nearly put a beat down on a runner while running with his girlfriend’s at FSU’s track.

According to TMZ, RG3 accidentally bumped into a runner who then took things a bit personal and got pissed at the Browns quarterback.

Witnesses tell us RG3 was sprinting Monday night at the track stadium at Florida State University (his girlfriend, Grete Sadeiko, is on the Track & Field team) when he accidentally bumped into another runner.
We’re told it appeared to be an honest mistake — but the other man didn’t let it go and stepped to the 6’2″, 220 pound QB.
You can see in the video Griffin is pissed — and his GF ultimately grabs him and pulls him away.

In the video below we can see Griffin being held back from confronting the man.

Glad RG3 cooled down before he wrecked this dude.