RG3 Has An Interesting Idea For A Tom Brady Return 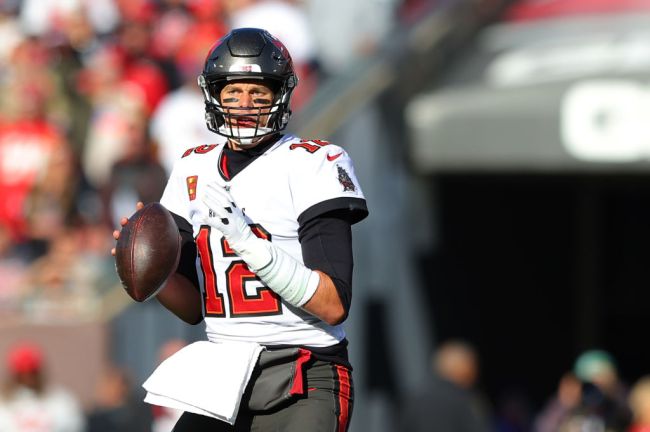 In spite of Tom Brady’s retirement announcement, speculation about his future continues to run rampant across the internet. There are those who believe he’s going to get paid a ton of money to move into broadcasting. However, there are many who expect to see him on an NFL field again.

Brady to the San Francisco 49ers has become a very popular theory among football fans and it’s an idea that would a lot of sense for him from a competition standpoint. The 49ers made it to the NFC Championship game this season with Jimmy Garoppolo at QB. Replacing him with Brady could make them a Super Bowl contender.

However, Robert Griffin III has an idea that could be even more interesting for Brady. RG3 thinks Brady should join the Indianapolis Colts next season.

Tom Brady is retired. BUT if he decides to come back, The Indianapolis Colts would be a great fit for him. If he can get over the whole Deflategate thing. pic.twitter.com/kMWDCvpKuw

The Colts would be another strong landing spot for Brady and it adds one fun wrinkle to a Brady return. He could meet the Patriots in the playoffs during a potential Super Bowl run next season.

However, there is one big issue with Brady joining the Colts. He would have a brutal path to try and win another Super Bowl. He’d have the defending AFC champion Bengals and Joe Burrow in his way. He’d have Pat Mahomes and the Chiefs to deal with. He’d also have to deal with a tough Bills defense and Josh Allen.

All of that would be just to get to the Super Bowl and it doesn’t even mention Justin Herbert and the Chargers, Lamar Jackson and the Ravens, or a potentially improved Pittsburgh Steelers squad.

If that’s a challenge Brady wants to take on and the Indianapolis Colts actually do move on from Carson Wentz, then Tom Brady could make a loaded AFC even more exciting come next season’s playoffs.