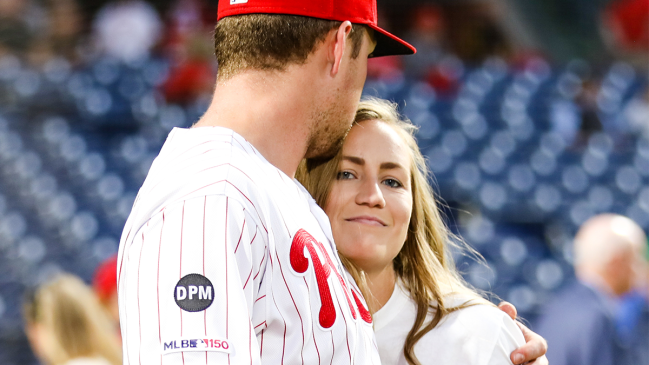 Fans of sports franchises located in Philadelphia have spent decades subverting the “City of Brotherly Love” moniker thanks to their tendency to make life very difficult for any team or player (opposing or otherwise) who’s unfortunate enough to draw their ire.

With that said, that passion can also be a major asset for teams in Philly hoping to capitalize on home-field advantage, and the Phillies were hoping to do exactly that when they faced off against the Astros in Game 3 of the World Series at Citizens Bank Park on Tuesday night.

Houston encountered some issues prior to the game after having a bit of trouble finding a restaurant willing to provide catering services to the visiting team. The Astros also didn’t get much help from Lance McCullers Jr., as the starter appeared to tip his pitches en route to surrendering all of the runs the Phillies posted in the 7-0 victory that gave them a 2-1 edge in the championship series.

Contrary to what one viral tweet claimed, Phillies fans weren’t actually able to make their presence known on a seismograph used to detect earthquakes. With that said, the ballpark was rocking the entire night—and the wife of one key figure did what she could to make sure that was the case with an awesome gesture.

Jayme Hopkins, the wife of Phillies first baseman Rhys Hopkins, treated Phillies fans to free beer during Game 3 of the World Series—and she’s not stopping there

On Tuesday, one fan who attended the game shared a picture of Rhys Hopkins’ wife Jayme purchasing an entire case of beer to hand out to fans at the stadium around 30 minutes before the contest was scheduled to begin.

Another fan who observed the transaction said Hopkins had actually bought a total of 50 brews to hand out (it’s unclear if she got a discount for buying in bulk, but when you consider a can of Yuengling sells for $12 a pop, the giveaway would’ve set her back $600).

After the photo went viral, she announced she has plans to do the exact same thing when the Phillies attempt to pull out to a 3-1 lead at home on Wednesday.

This isn’t the first time she’s pulled the same move this year, as she also handed out beers during the NLCS.

That’s how you get Philly fans on your (and your husband’s) side.