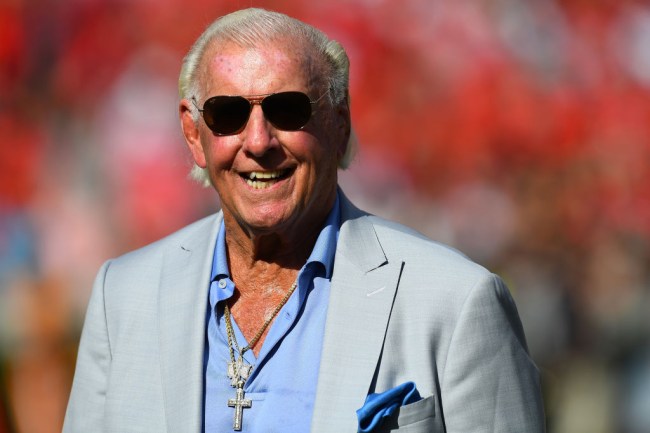 You have to be a pretty phenomenal athlete if you want to make it as a professional wrestler, but as we’ve learned all too well in recent years, it can take quite the toll on a person’s body and we’ve seen far too many examples of the longterm impact that comes with spending time in the ring.

A number of superstars have passed away far too soon, and last year, it looked like we were on the verge of losing another major name after Ric Flair was hospitalized after rupturing an intestine, which ended up with the wrestling legend being put in a medically-induced coma.

Thankfully, Flair survived the incident and was ready to get back into the ring as of last December but suffered a bit of a setback earlier this month when he suffered yet another medical scare while preparing for what was supposed to be a routine procedure.

However, it looks like Nature Boy as made a full recovery and is readying to get back to his WOOing ways based on a video he posted on Thursday in which he provided the world with an update to document what he described as a miraculous recovery.

I’m Back And Better Than Ever! Check Out My Latest YouTube Video For A Life Update Nature Boy Style! WOOOOO! https://t.co/ulasMDNXVH

Flair also revealed he racked up a $1.8 million hospital bill, which will thankfully be covered by insurance.

Flair didn’t stop with that first video and followed it up with yet another one where he said he’s “not going to get old” despite clocking in at the ripe age of 70.

Part Two Is Live On My YouTube Channel! Make Sure To Check It Out! https://t.co/zAdcjh5SAL

It’s good to have him back.