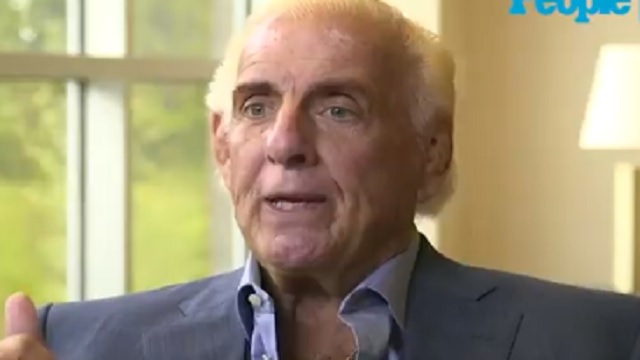 Ric Flair is recovering since being hospitalized in August with “multiple failing organs” after he was brought to the hospital six weeks ago for “severe abdominal pain”. Flair, who is 68 years old, was put in a medically induced coma and was dealing with kidney failure, heart failure and was given only 20% chance to live

The WWE legend spoke to People magazine in his first interview since the ordeal and vowed to never drink again because he doesn’t want to experience another health scare.

“I didn’t think I was an alcoholic, but obviously I was. I never drank when I was working, but as soon as work was over, I went right to the mill.”

“I’ll never drink again,” “I never want to go through this again.”

.@RicFlairNatrBoy on his legendary career, his battle with alcoholism and how it lead to a near death experience: https://t.co/uz93pedllP pic.twitter.com/YU0GCrTVQW

Hopefully Flair sticks to his promise and we enjoy his presence on this Earth for many more years to come.